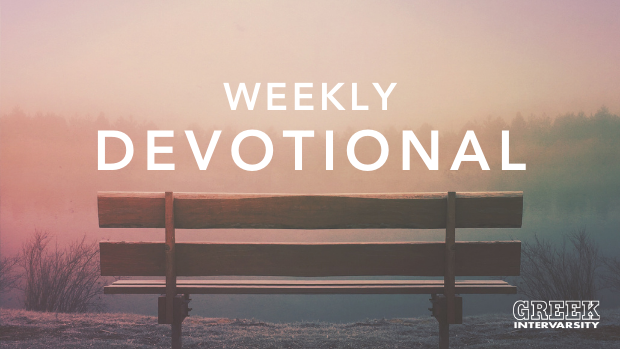 Have you ever had to inherit a legacy or take over a project that you felt was bigger than you or required someone stronger, smarter, or better than anything you could bring to the table?

My Junior year of undergrad I was elected to be Chapter President. I inherited a mantle that the president before me bore with strength, wisdom, and maturity. See, my chapter had just survived a membership review, and part of the job was going to be leading the chapter into the success that my predecessor fought hard to make possible. On top of that, I felt like God was inviting me to lead as a Christian first, but I didn't know exactly how to do that or why God would put that on my heart.

The story of Joshua is a great example of how to lead through faith. This week we will pick up from where we left off with Moses and look at Joshua, who inherited both Moses' legacy and God's promise of the Israelites inheriting the promised land. Joshua is left with massive shoes to fill as he leads the people into the promised land

1After the death of Moses the servant of the LORD, the LORD said to Joshua the son of Nun, Moses' assistant, 2 "Moses my servant is dead. Now therefore arise, go over this Jordan, you and all this people, into the land that I am giving to them, to the people of Israel. 3 Every place that the sole of your foot will tread upon I have given to you, just as I promised to Moses. 4 From the wilderness and this Lebanon as far as the great river, the river Euphrates, all the land of the Hittites to the Great Sea toward the going down of the sun shall be your territory. 5 No man shall be able to stand before you all the days of your life. Just as I was with Moses, so I will be with you. I will not leave you or forsake you. 6 Be strong and courageous, for you shall cause this people to inherit the land that I swore to their fathers to give them.

Joshua is filling COLOSSAL shoes - Moses: God's prophet who brought down the ten commandments, the man whom God met with on Mt. Zion, and the man who led the Israelites out of slavery in Egypt, has died - and God tells Joshua that he is the one who is going to take up the mantle of leadership. Moreover, Joshua's generation will be the ones who see God's promise - all the way back to Abraham in Genesis 15:18-20 that Moses inherited - come to fruition.

But it's going to be a hard road for Joshua. He will need to be very strong and very courageous in the days to come. Moreover, to overcome the obstacles, Joshua will not just need to be brave; Joshua will need to know that God is with him. God promises Joshua that he will be with him - no matter where he will go. Joshua had to trust God's promise of the promised land, as well as trust that God would go before and behind Joshua and that God would never forsake Joshua. Spoiler alert, Joshua chooses to trust and obey, and God isn't just with Joshua through it all - but he upholds all the promises given to Moses and Joshua sees his share of miracles. Joshua chose to trust that God was with him, and he chose to live in faith.

I was also faced with a choice like this, and Joshua 1:5-6 became a mantra for me. I was convicted to do my best and live out my faith as best as possible. And living into that was hard, I had to choose courage from time to time - but I saw miracles, and I'm not talking about fraternal success. The promise that fills me with the most aws is the promise that God would be with me. The thing that filled me with joy wasn’t all the events or exec meetings; instead, it was the fact that men I would never have guessed would come to Jesus, did.

As Chapter President, I felt led to trust Jesus, and in my trusting - Jesus moved in other's hearts and they chose to follow Jesus. It took being strong and courageous and knowing that God would never leave or forsake me. I hope the power of that promise hits you today too. God will never leave you or forsake you. The question is, will you be strong and courageous like Joshua was?