Black Fraternities and Sororities: A Force for Justice in an Unjust World 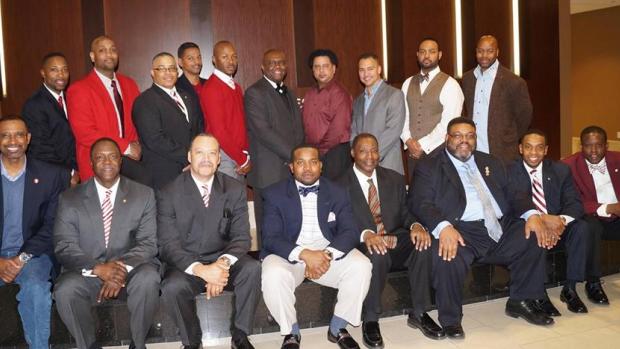 There are many reasons why Black women and men choose to pledge the historic ‘Divine 9’ fraternities and sororities of America.  If you ask students why they chose their organization, you’ll hear reasons like, “My grandmother and mother were Deltas,” or “I was looking for brotherhood and found it in Alpha.”  Or, depending on the level of honesty, you may hear answers like, “I wanted to get the best looking girls,” or “Kappas throw the best parties,” the latter of which is, of course, true.

There are lots of reasons why I pledged Kappa Alpha Psi Fraternity Inc.-perhaps too many to list!  None of my personal reasons, however, included things like the fact that Black Greek organizations could be an avenue for changing the world of racialization on campus or engaging entrenched institutionalized injustices.  While those were not among the reasons I joined Kappa, they are at the top of the list of reasons why I love my frat and am proud to say I am Kappa.

Something Great On Campus

I am what we call an ‘old dog,’ crossing in the Fall of 1989 as one of ten founders of the Nu Upsilon chapter of Kappa Alpha Psi.  The first few months as a neophyte were a blur of parties, sessions, awards, step shows, and community service projects. It wasn’t until returning to school the following Fall that I began to realize that my fraternity could be something more-something great.

In scheduling events for the Fall , it came to our attention that there were no scheduled observances on campus whatsoever for Black History Month.  We also learned that MLK day was not recognized on our campus at all-it was business as usual! We began working with the Provost Office, asking if the university would consider closing on this national holiday. We were told politely, No- the university schedule was set for the year; we were free to celebrate in any manner we’d like on our own.  Remember, this was 1990-only 25 years ago.

That was not good enough for us. Celebrating MLK day with more exams and class time didn’t seem much of a holiday for us so we began to engage several branches of the University of Michigan-Dearborn’s campus administration.  We also began reaching out to the press and other student organizations. Over the course of the next few months, a ground-swell of interest and support rose up, giving our request the backing needed to help the university make the ‘right’ decision. In the Winter of 1991, the campus celebrated MLK day for the first time, in part because of the collective energy of our fraternity.

As a result of this one action by our fraternity around MLK Day, tens of thousands of students in the last 25 years on our campus have been impacted with the civil rights message of Dr. Martin Luther King Jr.  That has helped, in turn, fuel the imaginative hopes of a new generation of American students seeking a better tomorrow based justice and the conviction that all lives have inherent dignity and are due respect and protection.

Black Greek letter organizations were founded for lots of reasons.  Among these reasons were to provide space for Black students to legally meet where university policy normatively forbade it, to create academic and professional opportunities that typically don’t exist, and to serve our communities in tangible ways.

Over the decades, however, all Black fraternities and sororities in the Divine 9 have also served a pivotal role in catalyzing movements for justice. Student leaders on college campuses in these organizations have engaged institutional powers around racism, raised the vision and expectation of policy makers around equity, and have launched both non-profit and for-profit businesses which seek justice, equality and equity.

In InterVarsity/USA, we believe student leaders who are empowered and equipped by Jesus can literally change the world. This is something that we also believe in Kappa Alpha Psi.  Beyond the parties and social and professional benefits of all Greek organizations, there is a unique power in fraternities and sororities. This power comes from the collective energy of leaders who have their sights set higher, not only for their own good but for the good of all.

What systems of injustice are on your campus? Is your organization part of the problem or part of the solution?

How can you harness the power of your Greek organization to seek the good, not merely for yourself, but for your campus as a whole?

R. York Moore serves as a National Evangelist for InterVarsity/USA. A member of Kappa Alpha Psi fraternity, R. York Moore lives in Detroit, MI with his wife and three kids. For more information about R. York Moore, visit www.tellthestory.net or follow him on Facebook and Twitter @yorkmoore.

Note: The header picture is of York and his Kappa brothers at their 25th Founders’ Day Reunion