Christian in Name Only? Not Anymore. 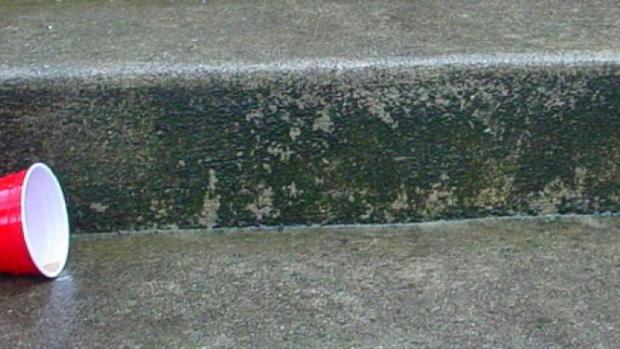 I met Kevin (name is changed), a senior in one of largest fraternities on campus, at a football tailgate last year.  From head to toe, wearing a visor, expensive sunglasses with the strap to hang them around your neck, a button down shirt, khakis, some nice shoes, and a couple of beers in hand, Kevin looked like your typical fraternity guy.

After speaking with him for a while, I invited him out to lunch the following week where we sat down to talk about the purpose and vision for Greek IV.  Upon finishing our meal and conversation, Kevin emphatically said, “Where do I sign up?! This sounds great!”  Without much delay, Kevin and I began to meet regularly to look at Scripture and talk about what it would look like to follow Jesus in the midst of Greek Life.

Now while looking at Scripture on a regular basis may have been a new thing to Kevin, Christianity was not. You see Kevin already claimed to be a Christian. He grew up going to church, his granddad was a Methodist preacher, and he had accepted Jesus at a young age.  On paper, Kevin looked like a solid Christian, but in reality he was living in a very unchristian way succumbing to all the temptations of the college Greek system.  In many ways, Kevin represents your typical, Southern Greek student: Christian in name, but partying all the same.

However, this semester all of that began to change. One night after a small outreach event, I offered to give Kevin a ride back to his car. During our short trip around the block, he began to open up about his struggles with faith in fraternity life. In a somewhat despondent tone, he said,  “You know, I say I’m a Christian, but I’m not a good example. I still get drunk on a nightly basis. Give me a pill and I’ll take it. Crush it up and I’ll snort it.” He even confessed that he had come out to some Greek IV gatherings the previous semester extremely high. Yet right before he finished he said, “I’m done though. I’m tired of being burnt out, and I’m ready to give it up to God.”

I responded by asking him if there was ever a time he had prayed for forgiveness and assurance of grace to which he desperately responded, “I’ve probably prayed that prayer a hundred times.” I continued by explaining that forgiveness is only the starting point, but that a true follower of Jesus is marked by trusting and devoting yourself to Him above all else. “Has there ever been a time where you’ve prayed for Jesus to take all of your life NOT just the part you’re shameful of?” I asked. “No,” he responded with anticipation in his voice. “Do you want to do it right now?” I asked, and with little hesitation Kevin looked over at me and said, “Yeah, let’s do that.” While sitting in my car beside a parking deck on campus, Kevin prayed for Jesus to take not just part of his life but all of it!