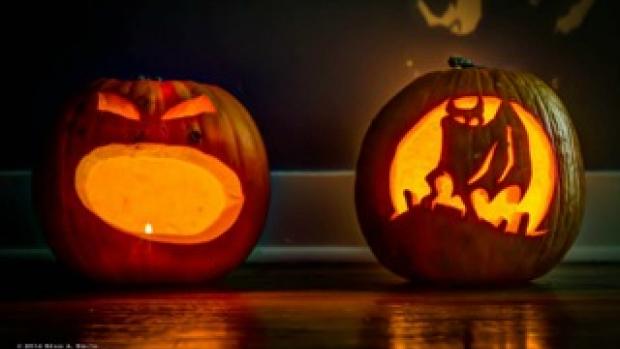 With Halloween right around the corner, Greeks across the country are asking this question, “What will I wear for Halloween this year?” If you are thinking about throwing on a headdress, a kimono or donning on a sombrero, it might be wise to take a second look. Here are some answers to common questions to help you navigate your Halloween costume today!

First of all, why does Greek IV Care?

As Christians, we believe that all people are created in God’s image. The heart of the Gospel is that God himself came down to earth and died on the cross to reconcile all people to one another and to himself. In fact, Jesus teaches that the greatest commandment is to love God and love others.

Pursuing understanding and reconciliation across cultural and racial lines is a crucial way that we love others and therefore, love God. It’s not an option for Christians to care about justice, it’s a mandate. If we care about loving God and loving others, mischaracterizing cultures through costume or engaging in thoughtless stereotypes is certainly not loving our neighbors well. It actually belittles the richness of God’s people and the beauty of his diverse creation, resulting in disunity and division.

Because Greeks are leaders on campus, Greek IV believes that we are called steward our leadership in God-honoring ways by pursuing racial reconciliation.

Okay, so why are costumes of cultures inappropriate?

When we dress up as a culture other than our own, we are reducing it to a caricature that isn’t even historically accurate. For example, that headdress that you think makes you look sexy is actually a war bonnet given to respected leaders in many Native American communities. It’s sacred. Wearing it for purposes of sex appeal is deeply offensive to Native American culture. A sombrero seems fun to you; however, it’s a bigoted way to stereotype a culture that is already the butt of many jokes.  And painting your face black is actually celebrating a time in history when white people painted their faces to make fun of black men and women.

When we dress as other cultures, our purpose is rarely to honor the community we are tokenizing. Often, our motivation to make our friends laugh, to look sexy or to try a novel idea. While we might not mean to hurt someone’s feelings, by dressing as a stereotyped caricature we are reducing the people of that culture to those same stereotypes.

Aren’t people being too sensitive?

I get asked this a lot, usually followed by, “I wouldn’t mind if people made fun of my culture.” In truth, you probably would mind if someone made fun of your culture but, if you are not in the minority you may never have experienced this particular humiliation.

For most of my childhood, I lived in Saudi Arabia. While there, I was invited to an “American” party. I thought it was going to be a party where we celebrated America and wore red, white and blue. I was totally unprepared when I walked into the most embarrassing scene of my life.  The men were dressed up as gun-toting hicks, spitting tobacco through their missing teeth. Even worse, the women were dressed as prostitutes. Apparently, I didn’t get the memo that America was the land of men obsessed with guns, and women who have sex with everybody and anybody. As the only American at the party, I felt humiliated. Worst of all, I felt I couldn’t defend myself or my culture.

When another group of people dresses up as a minority culture, it is usually based on untrue stereotypes. Because the targeted culture is in the minority, they have little, if any, power to express how they feel. It’s never “too sensitive” to care about someone else’s feelings, especially if they are underrepresented. It might feel to you as though you’re making a social commentary. But to the person of that race or culture, it feels like you’re targeting them- making fun of their beliefs, their way of life and who they are as a person.

What am I allowed to dress up as? Should I just not dress up at all?

Of course not, Halloween should be fun! Socials and themed parties are also fun. Finding a costume that's culturally sensitive is far from impossible and we want to show you how.

Good costumes could include:

Regardless of what you wear, remember that this is a fun holiday. Let’s help everyone enjoy the night by taking a second to think about our costume!

To learn more, check out these additional resources:

So You're Having a Theme Party [Infographic, below]

“We’re a Culture, Not a Costume” campaign [Article]

Click image to view larger version of "So You're Having a Theme Party" infographic.