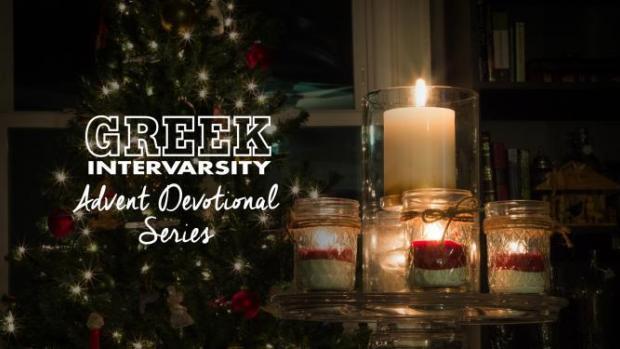 The third week of Advent is "Gaudete Sunday" or "Joy Sunday". The Christmas season is filled with a mix of emotions. Maybe you passed your exams with flying colors or maybe you just failed a final and the stress is boiling over. Or perhaps you're excited to go home and see your family, but nervous about handling questions about your future. Sometimes things that should be the most joyous are often fraught with mixed emotions. This week I've been reflecting on joy. I wonder if joy is a result of how we deal with events rather than solely the result of good circumstances.

Try putting yourself in Mary’s shoes as you read this passage.

26 In the sixth month of Elizabeth’s pregnancy, God sent the angel Gabriel to Nazareth, a town in Galilee, 27 to a virgin pledged to be married to a man named Joseph, a descendant of David. The virgin’s name was Mary. 28 The angel went to her and said, “Greetings, you who are highly favored! The Lord is with you.”

29 Mary was greatly troubled at his words and wondered what kind of greeting this might be. 30 But the angel said to her, “Do not be afraid,Mary; you have found favor with God. 31 You will conceive and give birth to a son, and you are to call him Jesus. 32 He will be great and will be called the Son of the Most High. The Lord God will give him the throne of his father David, 33 and he will reign over Jacob’s descendants forever; his kingdom will never end.”

35 The angel answered, “The Holy Spirit will come on you, and the power of the Most High will overshadow you. So the holy one to be born will be called[b] the Son of God. 36 Even Elizabeth your relative is going to have a child in her old age, and she who was said to be unable to conceive is in her sixth month. 37 For no word from God will ever fail.”

38 “I am the Lord’s servant,” Mary answered. “May your word to me be fulfilled.” Then the angel left her.

Spend a few quiet minutes asking God what he is telling you through Mary’s words.

A couple years ago, I was on a mission trip in St. Lois. I was driving a van full of students to our work site. We were running late, so I was annoyed that our bus was stopped by a pan handler. I apologetically lifted up my hand to wave off the man, when one of my collegue's daughters yelled, "Stop!" Slamming on the brakes, I turned around and asked what was wrong.

She replied, "We didn’t give him any food."

Then she snatched up a lunch bag from the floorboard and handed it to the man. She beamed as we continued to drive to the worksite. I asked her what was in the bag. She began to show me a thoughtfully packed meal, bus tickets and an info card with where someone could get help.

She said, “He gave us a chance to help.”

It’s a bit ironic that not only did I not want to feed one of God’s children on a mission trip, but I was annoyed at him for inconveniencing me. I saw the experience as annoying because my heart wasn’t open. Yet this young girl saw a chance to follow God. And in doing so, she found joy.

Mary was told by the angel that she would be a mother, a young, unwed, disgraced mother. By embracing God's will, Mary risked ridicule, being exiled from her faith community, and potential death by stoning if Joseph had made it public that she was pregnant. Her situation was dire and yet she responded by saying, “I am the LORD’s servant, may your word be fulfilled.” By pursing God, Mary found joy in a difficult situation.

How can you find joy in your life? Can you change the way you respond to situations, so that you find joy?

Read Mary's song, The Magnificat, as your prayer today:

My soul glorifies the Lord

47 and my spirit rejoices in God my Savior,

48 for he has been mindful of the humble state of his servant.

From now on all generations will call me blessed,

49 for the Mighty One has done great things for me—

holy is his name.

50 His mercy extends to those who fear him,

51 He has performed mighty deeds with his arm;

he has scattered those who are proud in their inmost thoughts.

52 He has brought down rulers from their thrones

but has lifted up the humble.

53 He has filled the hungry with good things

but has sent the rich away empty.

54 He has helped his servant Israel, remembering to be merciful

55 to Abraham and his descendants forever,

just as he promised our ancestors.”