A conversation with the author of Total Frat Move 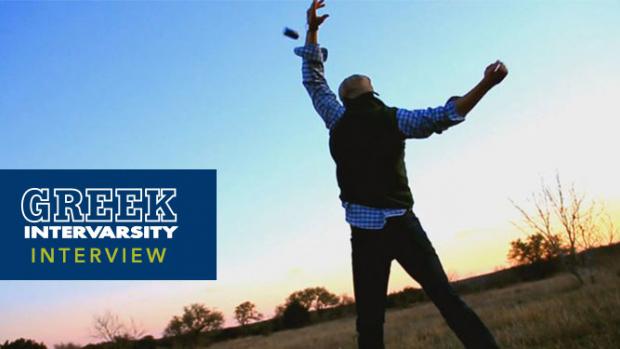 If you’re in a fraternity or sorority and have spent more than five minutes online, there’s a three letter hashtag you’ve seen just about daily for the last few years: #TFM. In 2010, several members of Kappa Alpha Order from Texas State University developed the Total Frat Move hashtag and related website.

A few weeks ago, I decided to get in touch with someone at Total Frat Move to find out more of what they’re about. Why? First, it’s a conversation that is unexpected and perhaps even taboo. How Taboo? When I tried to visit the site at work, “Explicit - Sexual content” popped up and blocked the site. Second, as an influencer of what Greeks are talking about online, I wanted to know more about their mission, purpose and beliefs. So, with that in mind, I sent an email to Ross Bolen, author of the NY Times Bestselling “Total Frat Move” book.

I wasn’t sure if my email request for an interview would be ignored, laughed at or just politely declined but I guess I shouldn’t have been surprised that Mr. Bolen was more than game for a conversation. After all, Greeks have no problem striking up conversation. When I first reached out to Ross, I had no idea that we’d spend a good portion of our time talking about faith. It reminded me of many conversations from my time as an undergrad living in the SigEp house. Oftentimes the best conversations came in the most unexpected circumstances with brothers I normally didn’t connect with - or to be more honest - brothers that I had written off as uninterested in talking about faith.

Here’s just a few highlights of our conversation:

What’s the mission and Purpose of TFM?

Our mission was to create the most entertaining, hilarious, and fun-to-visit website on the internet for college students. All of the one-liner TFMs we post are user submitted, as are the photos and a majority of the videos, columns and news pieces we post. We really just wanted to capture what's happening on college campuses nationwide, and give an outlet to the unique and humorous voice that exists inside fraternity houses across the country.

If you join the right chapter, it could help you in your walk with Christ.

There's a stigma that comes with Greek life surrounding hard partying, binge drinking, and promiscuous sex, things that my book highlighted for the sake of humor and entertainment, but things that certainly aren't required of individuals who choose to go Greek.

There are chapters that make a real effort to live by the Christian guidelines their founders set out to uphold when forming their fraternity, and there are chapters that have completely lost sight of those original goals. If you join the right chapter, it could help you in your walk with Christ. If you join the wrong chapter, it could serve as a massive distraction that hinders your relationship with God.

What’s been your faith experience before, during and after college?

I grew up going to church with my mom and little brother, and was raised baptist. Went to vacation bible school, church beach retreats, etc. My mom was great about getting me and my brother to church every Sunday, and that obviously played a huge role in shaping my faith as an adult.

During college it was lacking. We had bible study every Sunday as pledges during my first semester, but my life was so out of control from the end of high school through my first semester of college that after that first semester ended I had to return home for a year and get it together. I didn't start to rebuild my relationship with God until my senior year.

If in any way, shape or form, you are an individual using TFM as some type of guide for how to live, you are in a very bad place

Presently, I'm in the best shape I've been spiritually since letting things fall apart during the end of high school/beginning of college. My girlfriend and I joined a church in central Austin, Texas, and we do bible study together every night, which has been huge for me. Having a relationship with her that helps me to strengthen my relationship with God is one of the best things that has ever happened to me.

What about people who take TFM as a playbook for how to be Greek?

If in any way, shape or form, you are an individual using TFM as some type of guide for how to live, you are in a very bad place. That is totally not what it’s for. I think everyone here would agree with me on that. Now is there stuff on there that probably perpetuates a little bit of the behavior that is seen as negative? Probably. It’s entertainment. You’re supposed to laugh at it and move on.

In your opinion, what’s something that needs to be fixed in the Greek system?

People taking things too far is what always seems to get everyone in trouble. Everything should be done in moderation, whether we’re talking about partying or whatever it may be. But you obviously have a line where if you’re doing too much of anything you’re gonna get in trouble. You see chapters take it way too far and that’s when they get in trouble. If there was a better nationwide consciousness to that, everyone would be better off in the long run.

What about those that call for an end to the Greek system?

I don’t know how you could...it seems like it would be illegal? What’s the difference between a Greek organization and any other organization? I just don’t see how you could argue that they should be done away with. Whether or not they should be better governed by offices or the students within the fraternities or if the universities should take a better hold - I don’t know. I’m not plugged in enough anymore to know how best to answer that.

In your time in the Greek system, how did you see people live out their faith?

I came across guys who were definitely raised as Christians and grew up in the church and you would never know it from their day to day actions. Because they just didn’t care or whatever - that happens. I also had guys I was close to that regularly struggled with how often they were drinking or just handling their life day to day - whether it was something they were proud of or in line with their faith. Additionally, Alpha Delta Pi hosted a weekly bible study in their house. It seems like college in general is a pretty difficult time for kids to grow in the church in general because you’re so distracted by classes and all the million other things that come up along with the partying and the drinking.

Assumptions should never impede a conversation

Would Jesus go Greek? Why or why not?

I don’t see any reason why not. Jesus hung out with a lot of people in his life that did a lot worse than anyone in the Greek system has done. I don’t see why he’d be opposed to getting in there and trying to make a difference.

How can you best live out faith authentically in the Greek system?

Actively participating in, or leading, a chapter bible study, regularly participating in community service outside of the required amount, seeking to help members of your chapter that aren't spiritually developed to maintain a relationship with God, and just living right. That last one goes a long way. Living by example, especially in college, can be a HUGE influence on those around you. I have a few friends who kept me from going way off the deep end just by being a good example for me.

Any advice for those wrestling with whether to stay or leave?

If you're looking at Greek life and you think there's too much going on that you disagree with, don't just walk away from it. Join and become a positive instigator of change.

It can be easy to dismiss a site like TFM, and to be sure there’s plenty that doesn’t line up with the mission of Greek IV, but it can be all too easy for that dismissal to carry over to the readers, authors and subjects of the site. It’s something I found myself doing as an undergrad and still do today - but chatting with Ross was a helpful reminder that assumptions should never impede a conversation. Especially when I claim to follow Jesus - someone who made time for conversation with anyone and everyone.