Fasting: What's the Deal with Lent? 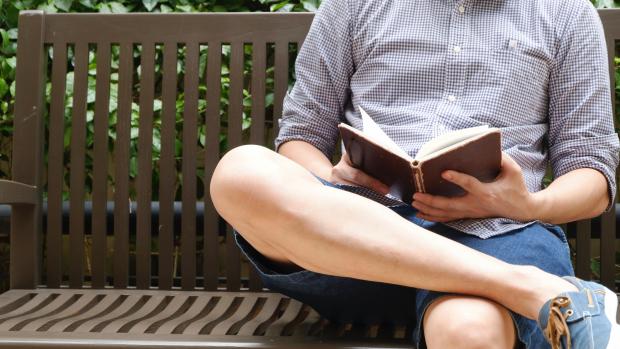 The next morning as I escorted “Jenna” out of my fraternity house – my brothers noticed. Eyebrows were raised. Heads were scratched.

Oh sure, it always started innocently enough. I’d see an attractive girl at the party, make eye contact, strike up a conversation, and a few moments later we’d be up in my room, going at it like we were auditioning for an airport security job.

This wasn’t just once, either. I’d do the ‘good guy’ thing for something like four months straight- leading bible studies and getting into spiritual conversations with my brothers. Then at the end of every semester, I’d burn out and sideline the Lord’s guiding voice in my life and hook up with the hottest girl I could find. Every. Semester. (Apparently, I’m a slow learner).

Until the end of my senior year. That’s when I finally had enough. At the Lord’s invitation, I committed to giving up any kind of ‘romantic entanglement’ with the opposite sex until further notice.

Now, the bible just calls this ‘fasting’. I’d experimented with fasting before, but I’d only done a few episodes of going without food for 24 hours. I’d always found the experience strangely rewarding, and noticed that I could channel my physical hunger into a growing desire for God. I’d end each period of fasting with something like surprise – and also gratitude – at the way my faith was growing.

First, let’s talk about what it’s not. Fasting is not a way to earn ‘brownie points’ with God. You don’t get extra credit from Him, and He won’t love you any more if you fast, or any less if you don’t. It’s also not a magic formula for getting what you want. You can’t manipulate God by fasting to get something you want from him.

Instead, fasting allows us to detach from something – usually something good – in order to attach more of our desire and identity to God. Said another way – fasting moves our hearts away from empty addictions and moves them toward Jesus.

So what happened when I gave up my addiction to attention from women? Well, it was hard.That makes sense – I was actively going against a pattern that had been at work for years in my life. And that pattern was one that made me feel good – at least for a little bit.

But then something interesting happened. I went on to experience one of the most life-giving seasons of my faith that I can think of to this day. I found that my thoughts stopped swirling around what attractive girl I wanted to go after next, and started to rest on Jesus and his presence with me. I found freedom from the worry about who I’d eventually marry (spoiler alert - my wife is grateful that my dating fast eventually ended), or what some girl thought of me, and started paying more attention to what the Lord thought about me. In fact, it was in that season that my identity really became rooted in a deep belief that I am known by God and enjoyed - as a son by his Father.

In short – I let the God who created me determine my worth, instead of some girl I’d just met at a party. Good trade, I’d say.

Participating in Lent Through Fasting

The season of Lent is coming up, beginning Wednesday, February 26th. Culminating with Easter, Lent is a season of the church when many followers of Jesus fast from something, to remind them of all that Jesus gave up for us – including his very life!

Stop for a second and ask the Lord if there’s something that He’s inviting you to set aside for a season, in order to detach from that and move toward Him.

What might he invite you to give up for this season? Could be anything, really. Food, Starbucks, hard seltzers, ESPN, shopping, video games, Instagram, dating, makeup, or Netflix.

And if the 40 days of Lent seems too difficult – start smaller, maybe just a week or two. Try it and see what happens. My guess? As you clear out some junk, you’ll find more room for connections with Jesus in your day-to-day life. Worth it.