Going back for more 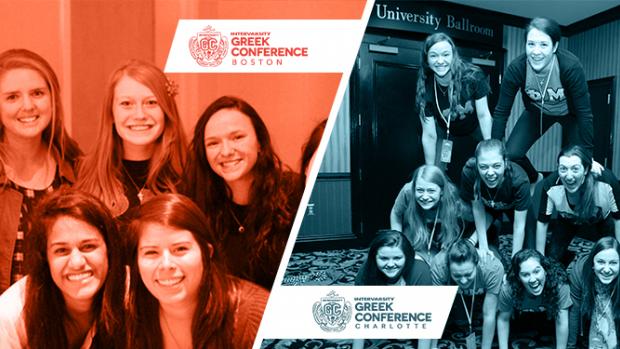 I first became a Christian in fall of 2012 when I heard someones testimony and felt like God was there speaking to me. I had never felt anything like it and the feeling overwhelmed and amazed me. In the fall of 2013 I went to Greek Conference in Boston where I felt God was speaking to me telling me to share his word with others in my sorority. While at the conference, I learned more about the potential of leading a Greek Bible study.

Later that year, a Bible study started as well as a new opportunity for another Greek InterVarsity trip. This time, we headed to Greek Conference Charlotte and instead of just myself and someone else going, a total of eleven of us went on the trip. Of those eleven Greeks, eight made the choice to recommit themselves to the Lord. The experience was amazing and one that had me in tears for the remainder of the night. God is good and I have personally seen him impact my life as well as the lives of those around me. The Greek Bible study never existed before at McDaniel College and now people are planning for the study this upcoming semester.