How Do I Deal with the Election? 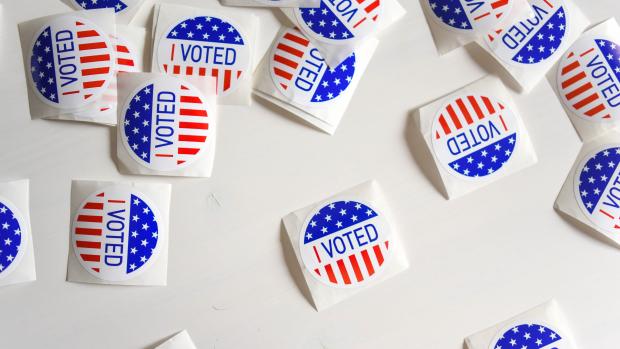 The first Tuesday of November. Election Day. If you’re a student in college, this is most likely the first presidential election that you are able to vote in. It’s exciting, right? But also intense.

In a recent article on NPR, the Pew Research Center shared that political polarization is more intense now than any point in modern history. “Nearly 80% of Americans now have "just a few" or no friends at all across the aisle, according to Pew. And the animosity goes both ways.”

In a year where there is layer upon layer of intensity, we find ourselves in one of the most polarizing elections in our history. How do we deal with the variety of emotions that we are experiencing?

I’ve got a few tips for how to navigate Election Week. These aren’t exhaustive but they might help you to deal with the excitement, fear, anger, anxiety, confusion, etc… that seem to be surrounding us.

Are you approaching this election season with a sense of moral superiority? It’s easy to do when the words that the media, politicians and social media personalities use are vitriolic and extreme. But Jesus regularly condemns self-righteous behavior and moral superiority. All of us have sinned, all of us are in need of God’s grace each day.

Paul highlights this humility in Romans 3:

21 But now apart from the law the righteousness of God has been made known, to which the Law and the Prophets testify. 22 This righteousness is given through faith in Jesus Christ to all who believe. There is no difference between Jew and Gentile, 23 for all have sinned and fall short of the glory of God, 24 and all are justified freely by his grace through the redemption that came by Christ Jesus.

Read that again and substitute “jew” and “gentile” for Republican and Democrat. And remind yourself of this on election day.

And as a way to act on this truth, consider putting these words in James 1:9 into practice:

"My dear brothers and sisters, take note of this: Everyone should be quick to listen, slow to speak and slow to become angry”

Resist the temptation to use the vitriolic, hate-filled language of our current society. Our country and our world needs more people who are willing to listen and speak truth in ways that bring Christ’s healing.

In the Sermon on the Mount recorded in the Gospel of Matthew, Jesus gives a convicting command- love your enemies. Love them. Desire good for them. Treat them as you would treat a family member. You don’t have to like them. But you do have to see them as one of God’s beloved.

Can we as Christians pray that our political enemies would grow in love for God? Can we humble ourselves enough to pray that they would lead with God’s wisdom. What if we prayed for God to bless them and their families?

Check out this prayer from the Book of Common Prayer from the Episcopal Church. Consider praying it over our country and our leaders today.

O Lord our Governor, bless the leaders of our land, that we

other nations of the earth.

Lord, keep this nation under your care.

To the President and members of the Cabinet, to Governors

of States, Mayors of Cities, and to all in administrative

authority, grant wisdom and grace in the exercise of their

Give grace to your servants, O Lord.

Not one political party in our country perfectly reflects the will of God. You might be saying “duh” but reflect for a moment. The way our country is talking about politics is more vicious than ever. Just watch any attack ad and you’ll get the impression that one opponent is clearly perfect and the other is fatally flawed.

We as followers of Jesus need to be regularly reminded that no political ideology and no candidate is perfect. A friend said this to me this week, “Unfortunately none of our candidates are running on the platform ‘Your Kingdom come, Your will be done.”

We need to approach our political beliefs with deep humility. All people are fatally flawed by the consequences of sin. And the man-made structures of our society and world, including our government, are also marred by sin.

Greg Jao, a national leader for InterVarsity, put it this way:

"We are called to love God alone with all our heart, soul, and mind. (Matthew 22:37)... Our ultimate allegiance is to God – not to political party or to our country… Unfortunately, when we attribute ultimate power to politics, we distort it and ourselves. Politics is just a tool, not an end.”

Remember, that no matter who wins or loses on November 3, God is still in control. He is still in power. And he promises that he will come again to renew and restore the whole world. Our job is to trust in him above anyone or anything else and to make following him the most important thing in our lives.

As stated above, politics is a tool, not an end. And we need to treat that tool as a way to bring about God’s will- his renewal, his justice, his hope, his healing- to the whole world. And we do that by voting.

From our country’s founding until 1856, only white men who owned property or paid taxes could vote.

In 1920, white women were given the right to vote.

In 1924, all Native Americans were granted citizenship (even though they were here first) and thus the right to vote.

In 1965, the US passed the Voting Rights Act which prohibited racial descrimination in voting which finally protected and ensured the voting rights of African American men and women.

Let’s honor the work of our ancestors and let’s honor the gift that God has given us to participate in our government. If you haven’t voted early, find your polling place here and vote on November 3, 2020.