How Do I Forgive Someone? 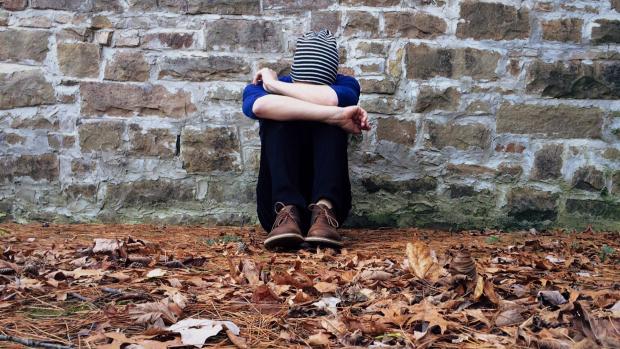 I've heard sermons on forgiveness my whole life. In response, I would always:

Over the last year, I have grown to really dislike sermons on forgiveness. Let me explain why.

When I Can't Just "Get Over It"

A year ago my life was turned upside down when some people in my life made choices that profoundly wounded my soul in a way I had never experienced before. I tried all the "bullet points" of forgiveness I had learned in the past. However, my pain and anger was simply not going away. In fact the injustice of it all was causing more and more anger as I tried to find forgiveness.

I have always thought of myself as a loving person. But this time, I simply couldn’t let the impact of being deeply wronged go. The bitterness in my soul was only growing. And all these sermons on forgiveness led me to cry out to God and ask him to show me another way. God met me in that place of bitterness and anger and deepened my understanding of what forgiveness really is. My new understanding of forgiveness is setting me free and my prayer is that they will help you too.

1. Let Jesus Be the Scapegoat

In Leviticus 16, God asked Aaron to bring him a goat. Aaron was to lay hands on the live goat and confess over the goat all the wickedness and rebellion of the Israelites – all their sins. The goat was then carried to a solitary place and released into the desert, symbolically carrying with it the sins of the Israelites. This goat then became the "scapegoat" for the Israelites. Later in the New Testament we see Jesus stand in the same place for us as the goat did for the Israelites.

Once I understood that Jesus was our scapegoat it shed new light on forgiveness for me. I realized that Jesus had already taken on the wrongs and the sins of those that hurt me.

One of the words used in the Old Testament for forgiveness is aphiemi which means "to send away" or "set free". If I was going to send away the sins of the people who had wronged me then I was going to have to place those sins on Jesus just like Aaron placed them on the goat. I felt led to take this teaching literally. I made a list of those I believed had sinned against me and I spoke out loud those sins onto Jesus.

Let me give you an example. Let's say, "Scott" yelled at you and spoke harsh words to you. As a way to forgive Scott, you would pray something like this: “God, I know that you love Scott and you died for his sins. I put Scott’s sin of yelling and saying harsh things to me on you, realizing that you died to atone all sin- my sin and Scott’s sin.”

In all the sermons I have heard on forgiveness, the pastor emphasized that I just needed to feel differently about the person who wronged me. But who actually pays for the injustice of sin when all that's changing are feelings? The real discipline is to realize that Jesus has already paid the price of our sins. When we get caught up in bitterness and anger, we can bring these emotions to Jesus and trust that he will deal with them.

The second word used in scripture for forgiveness is aphesis which means "to release from prison". When I first read this, a mental image formed in my head- I could see all of the people that played a role in what happened to me imprisoned somewhere. I saw bars and handcuffs and all sorts of things. I had them all locked up in my mind.

“Your heavenly Father will forgive you if you forgive those who sin against you; but if you refuse to forgive them, he will not forgive you.”

Can we say ouch! That one hurt. But it did lead me to realize that this prison I had all these people in was part of a larger prison that housed my soul. I realized that as long as I kept all those people chained up, I was actually being held in a larger prison. God was plainly telling me that if I didn’t release those that I was holding prisoner, I wouldn't be released either.

This scared me and I knew I had some work to do. I knew I needed to release them if I truly wanted to be free. In my mind I opened the door to the prison room and I saw myself standing there with each person. I told each one of them I was choosing to forgive them for all the pain they had caused because Jesus forgave me. I saw myself saying that to each one of them and eventually realized there was no one left in the prison, not even me.

3. Finding the Narrative Behind the Person

The third word used in scripture for forgiveness is charizoma which means, “to bestow a favor or extend mercy.” A mentor of mine told me to write down the hardships I knew to be true about each of these men and women. As I did this, I began to see how hurt and broken each of these people were and are. I began to see what has led them to be so controlling, so manipulative, so prideful. When I saw their pain it changed how I was seeing them. One book I read called this kind of practice finding the “hook of compassion.” Finding the narrative behind the person changed my view of the person from evil to broken and in need of Jesus.

If you can find even the smallest amount of compassion for the person who has hurt you, then the mercy of Jesus can work through you. And you can, like me, take a step forward in forgiveness from the view point of the definition of charizoma.

For me, as I've learned what each of the words for forgiveness means, I am learning to forgive more fully. Some days I am still standing in the middle of the mess, needing to go back through some of these steps. But with each passing day, week, and month, I am letting go of all this pain and anger.

I am still a work in progress. I need to remind myself of this daily: forgiveness is more than just asking God to help me forgive or willing my emotions to be different. Forgiveness is a deep process of radically transforming me from the inside out. Learning and understanding what God means when he calls us to forgive has changed everything. Extending forgiveness is hard but as the bitterness is leaving my soul, I have discovered it is so worth it. My prayer is that understanding more about forgiveness will change you like it is changing me. May it be so.