Starting a real conversation at University of the Pacific 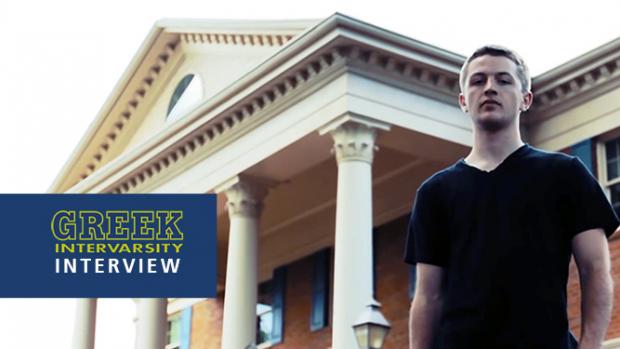 What does it take to have a real conversation about some of the issues that seem to continually come up for fraternities and sororities? Hazing, binge drinking, discrimination, and many other challenges are often met with a quick seminar or a mandatory meeting at the beginning of the semester with little actual impact on what goes on. Over the summer, one student from the University of Pacific decided he had heard enough of the "fake conversation" and put his thoughts into a video which has now been viewed over 160,000 times. We connected with Mitchell Woermer, a member of Beta Theta Pi, about the video, his experiences and how he wants to be a part of changing the conversation within the Greek community.

What prompted you to create “A Fake Conversation”?

I first wrote the words to A Fake Conversation a little over a year ago when my school had a hazing prevention week. Over that week I saw that the way the issues were being handled by both our Greek life office as well as my peers in the Greek community and was very frustrated by it. The way I cope with things is by writing, so I wrote this in a single night and presented it to my chapter. From there I posted it on Facebook and it got a lot of attention. This summer I went to Wooden Institute, a leadership program put on by Beta Theta Pi. I read it in the Hall of Chapters, and one of my brothers from Chapman University wanted to film it. After posting it on YouTube, I sent it to as many people as I could, and Upworthy picked up the video.

Had you been seeing a disconnect between the values that are professed and the realities in your chapter and the rest of the greek system on your campus?

I actually see there being less of a disconnect on my own campus compared to other campuses. I’m a Founding Father of my colony at University of the Pacific, and we all came together with the idea of changing that stereotype of what fraternity and Greek life is. There’s always going to be a disconnect between what we profess and the reality, but I think that’s changing rapidly at my school.

Towards the end of your video you make a reference to Jesus – what prompted you to include that mention?

It came very naturally to me. I went to Catholic school for high school and I’ve always considered myself a religious and spiritual person. I was listening to a couple songs and other spoken word pieces at the time: Macklemore’s “Otherside” and “Neon Cathedral” as well as Jefferson Bethke’s “Counterfeit Gods” piece. Regardless of what faith you are, I’ve always found the teachings of Jesus to be something to be aspired to. “A Fake Conversation” is about treating everyone around us with respect and love, one of the core teachings of Jesus. Every time I write I feel that subtle connection to God and I feel Him speak through me.

Does your personal faith have an impact in how you engage with your chapter and with the issues you discuss in the video?

Do you feel like there is a stigma in openly discussing faith in the Greek system? What has led you to take a more private stance?

I don't feel like there is much of a stigma to discussing my faith openly in Greek life, There's not really a lot of clear opportunities to do so, but I feel comfortable talking about with my brothers whether or not they are religious. I've had a private stance on my faith since I was in high school. It's just a preference of mine of not wanting to come across as preachy or one dimensional by talking about it all the time.

It also came from a desire to not wanting to be some modern equivalent of a Pharisee. I don't want to show people my faith through my words, but through my actions.

What has the reaction to your video been like?

It’s been overwhelmingly positive. If someone were to tell me I would have a video with 150,000 views that’s been spread throughout the Greek community I wouldn’t believe them. Just reading the comments of people, whether they’re Greek affiliated or not has been amazing. Of course whenever you put yourself out there, there’s always going to be some negative comments, but it doesn’t bother me.

Your honesty in sharing seemed to be refreshing to many people tired of the same old talk when it comes to the issues that Greeks seem to keep coming back to. What do you think are some ways that Greeks can actively engage these issues authentically?

It has to come from the undergraduate level. One of the main reasons I have an impact is because I’m at the exact same level as all of my peers are. We engage these issues by looking at them from a personal, peer-to-peer level. Facts, statistics and graphs aren’t going to convince anyone that’s set in their ways. It takes a personal, powerful connection to get someone thinking, and that can only come from our peers. It’s simply a different relationship than any other.

Asked a different way, how can you engage in less "fake conversations" and more authentic brotherhood and sisterhood on campus?

We need to be able to hold our brothers and sisters accountable for their actions. While these people have grown to become some of our closest friends, no one is perfect. It is because we are so close to each other that we need to be able to have candid conversations with each other that go deeper. While conflict is never a fun thing to go through, I would rather call my brother out for their irresponsible behavior than risking a terrible precedent being set.

Beyond the peer to peer level, what sort of an impact do you believe you can have as you become an upperclassmen on the new members of your chapter?

Knowing that many of the younger and new members of my chapter are looking at me, I make sure to put up a good example and setting a precedent on multiple levels. Because of my standing, my words and actions have alot more weight than they usually would, something I'm not always used to. I try to set a good example, and offer a guiding hand when necessary.

In response to your mention of bullying you say "To this day I still have this anger and hate" - have your experiences in your chapter changed this?

In all honesty, I will never fully get over the bullying that I went under throughout much of my elementary through high school life. Like I said before, it made me who I am today. I’m not nearly as resentful of my past because I decided I wanted to use it for something positive, and to make sure that young boys and girls don’t have to go through the same experiences that I went through. I only shared A Fake Conversation because I felt accepted by my brothers. Had I not joined Beta Theta Pi none of this would’ve ever happen.

Have your views of Greek life changed from when you joined to how you view it now?

I didn’t really know anything about Greek life other than the stereotypes and just didn’t see anyone in the existing fraternities that really drew me in. When the men from the general fraternity came to campus, I decided to give it a shot, because I wanted the chance at starting something new and changing what it means to be Greek. Because I joined with a group of men who all wanted the same thing, my actual experiences with Greek life have not aligned with the typical stereotype. Greek life and Beta have become essential in making me a better man, and my perception of Greek life has only had a greater positive outlook.