5 Ways That Jesus is the Ultimate Fraternity President 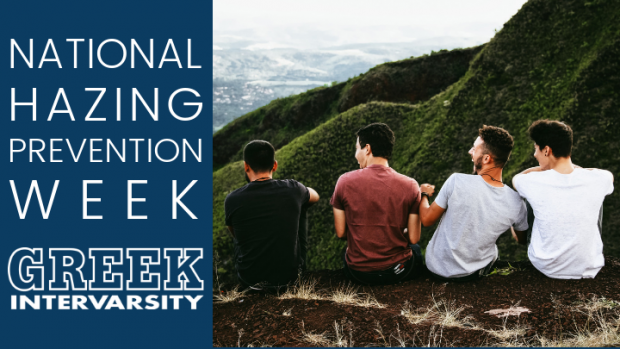 1. He Gave His Disciples Empowering (Not Degrading) Nicknames

Nicknames are often bestowed on new members. At best, they’re a sign of affection and acceptance. But at their worst, they’re meant to humiliate and degrade.

“Daisy Dukes”- Because as a pledge, John* wore daisy dukes as a joke during a lip sync competition but forgot to wear underwear, resulting in an embarrassing wardrobe malfunction.

“Exlax”: Because the seniors made a game of giving the freshmen the meanest names they could think of and this was what they chose for Sarah*.

“Butterball”: Because Chet* was overweight. Chet laughed about it but secretly was ashamed.

I loved my nickname, Momma Al, because my sisters saw me as a caring sister who, like a nerdy mom, always had tissues and mints in my purse. Through my nickname, they recognized something about my character that I was proud of.

Jesus also gave his disciples nicknames but as a way to empower them. Jesus’ nicknames spoke about each disciples’ potential for greatness. Check these out:

Simon: Jesus renamed him Peter which meant “The Rock” because Jesus knew that Peter had the potential to be the foundation for the future of the Christian church.

Jesus didn’t degrade or humiliate his disciples. He encouraged them and called out their unique potential.

2. He Spoke Hard Truths to Them When Necessary

When Jesus confides to his disciples that he is going to die on behalf of all of the world’s sins, Simon Peter freaks out. What could be more shameful than your leader being executed as a criminal? So Peter tries to talk sense into Jesus- “No Jesus! You can’t die, that’s insane! So naturally Jesus says:

“Get Behind Me Satan! You are a stumbling block to me; you do not have in mind the concerns of God, but merely human concerns.”

Wait, what? This is an intense interaction and I’m not advocating that you call your new members “Satan” (see Number 1). So let’s unpack this a bit.

Peter’s concern wasn’t about Jesus, it was about himself. Peter didn’t want to be associated with someone who may be deemed a criminal. He was so concerned about his reputation that he couldn’t see the bigger picture of what Jesus was doing. Peter’s ego was more important than Jesus’ plan to save the whole world. So Jesus called Peter out as an act of love. Jesus didn’t want Peter to keep making choices that threatened his growth as a disciple and the greater aims of his mission on earth.

A good leader not only encourages, but also holds the New Members accountable. Accountability is for the good of the of all members, so that they grow and develop into the values that the chapter aligns themselves with. When a New Member is making choices that go against the values of your fraternity/sorority, it’s ok to lovingly call them out.

3. He Taught Them Everything They Needed to Know to Be Part of His “Fraternity”

The Kingdom of God, aka “Jesus’ Fraternity”, was always Jesus’ top priority. He was constantly talking about it and modeling the way that God desires his people to live. In the book of Matthew, Jesus gives a huge sermon all about what life is like in God’s Kingdom. He made it clear what it meant to be a follower of his- what life looked like if you wanted to be part of his squad. Here are just a few things he said:

"You are the light of the world… let your light shine before others, that they may see your good deed and glorify your Father in Heaven."

“You have heard that it was said, ‘Love your neighbor and hate your enemy.’ But I tell you, love your enemies and pray for those who persecute you, that you may be children of your Father in heaven."

“Do not worry about your life, what you will eat or drink; or about your body, what you will wear. Is not life more than food, and the body more than clothes… But seek first his Kingdom and his righteousness and all these things will be given to you as well.”

No one likes and hypocrite. And no one wants to be a hypocrite. A good leader not only speaks about the values of their organization but also lives them out!

So take a look at your life- are you talking and walking your orgs values? Are the ways you treat your new members, and the events you plan for them, truly embodying what it means to be a member?

4. Jesus Didn’t Make His Disciples Serve Him. He Served Them.

Right before Jesus is arrested and executed, he has his disciples over for dinner. During the dinner Jesus does something alarming, he acts like a slave by washing his disciples’ feet. To us, this may not seem that shocking. But in this time period, washing feet was a necessary act reserved for the lowest of slaves.

As older members in our chapters, we can easily slip into feelings of entitlement:

I put in my time and paid my dues so I deserve to be served.

I went through hell as a new member, so these pledges should have the same experience.

I was basically the seniors’ slave when I was a freshman. Why should it be any different now?

But Jesus, their leader and God-in-the-flesh who had every right to demand to be served, does the opposite of what we expect. Jesus takes the lowest position, setting aside his power and privilege, in order to serve and love his disciples. And Jesus charges them to do the same.

5. And Finally, He Gave His Life for Them.

Let’s review for a minute. In the form of Jesus, God came to earth to live right in the middle of the mess with the people who he created and deeply loved. He invited people to follow them and empowered 12 men to basically be his own fraternity here on earth. He held New Member meetings, teaching about what life in his “fraternity” is all about. And he lived out the values he was calling his disciples to.

But there was also another purpose in Jesus coming to earth. He came to free us of the cycle of sin and brokenness we are all trapped in. All of us are caught in the rhythms of life that lead to death and separation from God. Whether it’s the pain someone has caused us or the pain we have caused someone else, we’re trapped and no matter how hard we try we can’t escape the cycle of sin on our own.

God saw this, and rather than leave us stuck in the cycle, he decided to do something about it. Jesus took the place for the consequences of our sin. He lived a perfect life of obedience to God and he sacrificed his life for us, even though he did nothing to deserve death.

As the Creator of the University and basically the Chapter President over all of humanity, God could have forced us to experience the emotional & physical consequences that sin creates. BUT he didn’t. He made the ultimate sacrifice for us.

Check out this definition of hazing:

"Hazing is any action taken or any situation created intentionally that causes embarrassment, harassment or ridicule and risks emotional and/or physical harm to members of a group or team, whether new or not, regardless of the person’s willingness to participate." (hazingprevention.org)

Jesus doesn’t force or coerce his followers into situations that caused emotional or physical harm. In fact, Jesus acts as the ultimate protector and shield for those under his authority. Jesus bore all of the sin and brokenness of the world in order to save us and protect us. He never exploited the vulnerable and powerless. He served, loved, empowered, and died for them.

--
So let’s review. Jesus never hazed and as followers of his, we are called to not only to not haze but to speak out and act when we see hazing happening around us.

When our brothers & sisters seek to humiliate and degrade, we as Christ followers are called to empower and build up.

When our brothers & sisters are going against our values and harming themselves and others, we as Christ followers are called to lovingly call them out and hold them accountable.

When our chapters fall into hypocrisy, we as Christ followers are called to talk the talk and walk the walk as members of values-based organizations.

When we’re tempted to claim entitlement and force new members to serve us, we as Christ followers are charged to serve and love deeply, putting our power and privilege aside.

And when we see or participate in situations that might be putting our New Members in physical or emotional danger, we as Christ followers are responsible for stepping in and shutting it down just like Jesus protected the vulnerable and powerless.

This is part 1 of a two part series on hazing. To learn more about how you can engage hazing on campus, visit hazingprevention.org