Mourning with Those Who Mourn

A Reflection on the Charleston Church Shooting 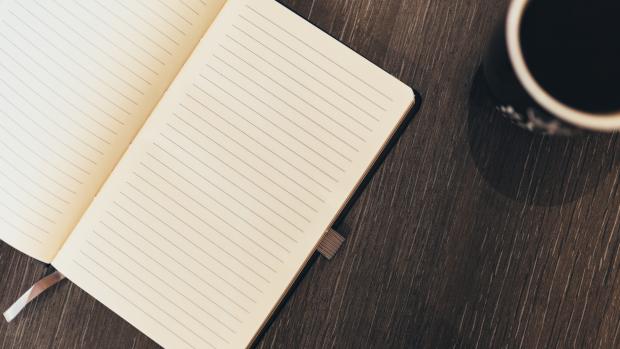 Cierra is a member of Sigma Gamma Rho Sorority Inc. and graduated from Old Dominion University. She spent her first year on staff with Greek InterVarsity as an intern at Clemson University in South Carolina. She is now planting Greek InterVarsity at Virginia Commonwealth University. Cierra loves Greek students and hopes to share the love of Christ through multi council and ethnic Greek communities. This is her personal reflection on the Charleston Church shootings in June 2015.

Shock, horror, and dismay are feelings that I wish I felt when I heard about the Charleston Church shootings. I had a flashback to sitting in the movie theater watching one of the opening scenes of Selma where four little girls are killed in a bombing after leaving choir practice. While watching it, I couldn't help but think, "this could have happened in this decade." I wish I felt shock, horror, and dismay on June 18th, 2015. But I didn't.

I, we, Black Americans have seen this before. All I can do is weep for the lost lives, and for the people who either don't, can't, or are unable, to see race at the center of the Charleston Church shootings. I feel numb. How many times must I cry out over blood shed and lives lost?

I was approached by one of my sorority sisters asking what she could do to join this national conversation. Greek InterVarsity has the opportunity to be part of this conversation in the present and engage with it even after the news has moved onto a different story. This is a ministry where multiethnicity is not only a topic but a core value. If InterVarsity’s vision is to see students and faculty lives transformed, campuses renewed, and world changers developed, then let's not be afraid to bring a holistic multiethnic gospel that would transform lives, break hearts for the different ethnicities represented on campus, and propel us to travel to the ends of the Earth to change our world. This is the heart of our Gospel.

Why is it so hard to mourn with those who mourn and rejoice with those who rejoice? I’m not surprised that this horrible incident was the one that mainstream America chose to hear. Somehow, the killing of innocent church goers is easier to stand behind than the killing of a black boy described as a “thug” getting what he “deserved” at the hands of police brutality. Both of these scenarios ended up with black lives being lost, but most of America finds it easier to mourn the former. I wonder what it will take for our nation to understand that we do not live in a post-racial society. I love that communities are marching and mandating that confederate flags be taken down. It’s a step in the right direction, and yet it is not enough to “fix” America’s race problem. How can we move forward as a nation, when the hateful symbols of the past don't just exist in flags but in the subconscious, sometimes intentional feelings of the present.

When this blows over in the news, I fear we will go back to our separate neighborhoods, make racist jokes, put our ear plugs back in, and ignore the cries of the Black community. I also fear that when the next incident happens, the majority of Americans still will not hear or understand my hurting heart. I’m afraid that I won’t get phone calls from friends, supporters, and other coworkers apologizing on behalf of the individuals who have allowed racism and hate into their hearts. I’m afraid that others will still call people who look like me the N word and thugs.

Greek InterVarsity has the opportunity of seeing the Greek system renewed.

Members of our Greek community were murdered in the Charleston Church shootings. They were members of Alpha Phi Alpha, Alpha Kappa Alpha, Delta Sigma Theta, and Phi Beta Sigma. Greek InterVarsity, will we weep with our Greek Community? Not just because those individuals were Greek but because they belonged to the beautifully colored body of Christ we dwell in.

We can start by not separating multiethnicity from the Gospel that we preach by owning and discovering our own ethnic identity journeys. We can invite students to explore their ethnic identities, meeting them where they are, but not allowing them to stay there. Greek InterVarsity has an opportunity to engage students that look nothing like us and enact the ministry of seeing the Greek system renewed.

There are Greek students and alumni everywhere! Members range from CEO’s to hard working college students and everything that falls between. And because of that we have a unique opportunity-- what if we were the place that went from “nothing good can come from the Greek system,” to a system where others said “God’s multi-ethnic kingdom is living and breathing in and through the Greek system.”

Let's respond to God's invitation by saying yes to that vision.

For another reflection from InterVarsity, read: I Am Worn Out from My Groaning.

"God’s call to us now as an organization in the area of multiethnicity and reconciliation is still to persevere—to not back down out of fear or exhaustion but to continue to press on in reaching students of every ethnicity, helping them be reconciled to God and to each other, and sending them out into the world as reconcilers equipped to participate in God’s work of setting things right and making all things new."