Our Relationship with Power

What Does God Think About Power? 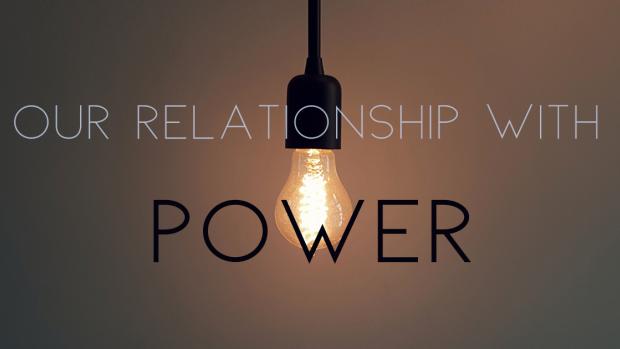 Stop me if this sounds familiar.

Frat guy invites sorority girl over to the house on a weeknight. Nothing crazy, but there are about 50 people in the basement, playing beer pong, hanging out and drinking something blue. Frat guy and sorority girl team up for a few games, and are feeling pretty good.

Frat guy initiates conversation but observes that it’s hard to hear near these giant speakers and that his room upstairs is much quieter. Sorority girl checks in with her friends, and tells them to text her when they’re ready to leave.

In my fraternity – that was called ‘a good Wednesday’. But what we should have called that was an abuse of power.

The frat guy in me immediately raises defenses. But let’s break it down.

First of all – in Greek culture, the party almost always happens on the guys’ turf. That’s called ‘home-field advantage’. Strike 1.

Next – because the guys provide the alcohol – they have a better chance to know what they’re drinking. And because guys are generally bigger, she’s going to feel it a lot sooner, i.e. her ability to consent, make decisions, and control her situation will drop faster than a Nicolas Cage movie from the Rotten Tomatoes Certified Fresh List. Strike 2.

And then let’s not forget hook-up-culture etiquette; guy immediately passes out while girl sobers up and trudges home. Strike 3.

And the fact that I’m using a sports analogies and counting ‘strikes’, which is guy-friendly language, but sometimes a disconnect for women? Str- uh… Power Move #4.

Let’s get this straight. I’m not trying to pick on guys; I am one. But if you’d approached ‘college-aged Mark’ and told him that this definition of ‘a good Wednesday’ was actually a misuse of power – I’d have had some words for you. But that’s because I didn’t recognize that I had power at all.

I didn’t recognize that I had power at all.

I might have been able to identify that in general, as a white college-educated male living in the United States that I had some privilege, sure. But power?

Yes, power. It’s hard to pin down because it’s not a tangible thing. But from the connections that got you that internship, to the fact that you know how to conduct yourself in an interview, to the clothing you wear and the car that you drive – you have (and use) power on a regular basis.

Compare that to my friend and neighbor, Kevin.

His mother didn’t have a vision for him to go to college and his father wasn’t in the picture at all. He dropped out of high school to help support his family because the disability check that his mother received wasn’t enough to feed his family of five. Now that he’s in his mid-20’s, he can’t get a job because he has a record – and very few employers hire felons.

Measured against the story of your average Greek and all of the sudden, it’s easy to see where power is at play.

Now here’s the part where it would be tempting to denounce power as this awful thing. But power isn’t intrinsically bad at all. It’s about how you use it. Take a look:

“With my great power and outstretched arm I made the earth and its people and the animals that are on it, and I give it to anyone I please.” (Jeremiah 27:5)

God used his power to create the world. That was a good use of power, I’d say.

Well, sure – you say – God can have power. But us? We’ll just misuse it, right? Well – Jesus disagrees:

“When Jesus had called the Twelve together, he gave them power and authority to drive out all demons and to cure diseases.” (Luke 9:1)

This is just one isolated case, but Scripture is full of examples where God, the source of true power, gives away some of his power to us. Why? Well sometimes it seems like he lends us His power in order that we might use that power for the benefit of others:

"Do not withhold good from those to whom it is due, when it is in your power to act." (Proverbs 3:27)

This past week, he was offered a job at the hospital where my wife works as a physical therapist – which is great news. This means he’ll earn a living wage (and benefits) to be able to provide for his family.

How did he get this job? Well – he first heard about it because my wife used her connections with the hiring supervisor of the hospital to get Kevin an interview before the job was posted. Power Move #1.

Then, I took Kevin to a few department stores to get buy him a few outfits so that he wouldn’t be wearing a t-shirt and shorts to the interview. (And I repeatedly assured him that his shirt needs to be tucked in the whole time!) Power Move #2.

After that, I grilled him with a number of common interview questions to make sure that the answers he would give would be something that would increase the likelihood of hiring. Power Move #3.

Finally – on the day of the interview, my wife personally drove him to the hospital for the interview to make sure Kevin didn’t have to rely on the less-than-faithful public transit. Power Move #4.

After all of this, Kevin asked us if we could help him study the bible. He can see the difference Jesus has made in us; we use power differently than how the world uses power.**

So let’s review. Power isn’t bad. In fact – when used well, it can be really good. But we must be aware of the power we have. And when you use your power on behalf of people in need – it’s a reflection of how things go in the Kingdom of God. That’s the way God uses His power. Just ask Jesus.

**Note: For you fellow Sociology majors out there that feel uncomfortable with the ways that I’ve illustrated using power across racial and economic lines as those in a position of privilege, let me also add that we’ve sought ways for Kevin to serve us and meet our needs too – from a home-cooked meal that he made us to educating us on what it’s like to be a black man in the United States.