Part One: A Graduate Leading on Campus 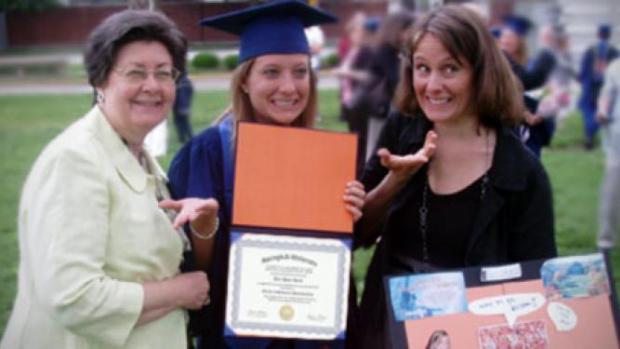 I transferred to the University of Illinois in the middle of my sophomore year. I left a small, Christian school in Michigan and was not surprised to find out how much different a Big Ten public school was. I made the decision to go through recruitment in the fall of my junior year and ended up joining Kappa Alpha Theta.

Looking back, I don’t know if that was a house I would have ended up in if I had been at U of I all along and gone Greek freshman year. I think God called me to that house, and after I joined he also called me to lead a Bible study. An older girl in my house and I led our Bible study for a year with basically no one showing up.

I’ll never forget Andy Dalton talking about leaving a legacy at Greek Conference 2009. It was then I knew that our Bible study needed to be 100% God-focused and God-dependent, and it needed to continue after I left the house. That was before my senior year of college. The summer in between junior and senior year I prayed that God would draw Christians to our house during fall recruitment, or even that girls would potentially hear about the Bible study and Greek IV while going through recruitment. I was also on our leadership team for Greek IV and I made note of the freshman that came to Greek IV events. After recruitment, a few of the girls I had seen at Greek IV’s events joined my house.

That fall multiple girls began coming to my Bible study as well. God was answering my prayers. A senior even messaged me on Facebook saying that she had been too scared the year before to approach me about the Theta Bible study (TBS as I affectionately called it,) but she was going to begin coming to the study and she was going to bring other seniors. I began relying on God even more for direction in my study and for praying for the Thetas that were coming. By the end of the school year Thetas were always reppin’ at Greek IV on Wednesday nights. Only two other Thetas were able to come to Chapter Focus Week during the beginning of the summer but one of them made the decision to follow Christ, while the other learned how to lead a Bible study.

Since I am going back to Illinois for my masters program, I will be able to continue coming to our Bible study at the house. I am excited to see God’s legacy and the Bible study I felt called to lead my junior year-continue on. I can’t wait for the younger girls to influence other young girls in Theta. Through some Greek IV connections I also was offered to be the assistant to the house director of Sigma Kappa at U of I. Although this is not my sorority house, the offer came after I was praying that God would lead me to who I was to live with in grad school.

Through Greek IV leaders and friends, I was emailed that the house director was looking for a Christian grad student to live in and help her since she is moving out. I accepted and I’m excited to see what God will do through me in that sorority house as well. I’m planning on helping the Sigma Kappa Greek IV’ers lead their Bible study as well. The more I rely on God and trust Him, the more shocked I am in what He can truly do in the Greek system if we let Him take hold of it. Lives transformed, the Greek system renewed, and world changers developed-God can do it all.