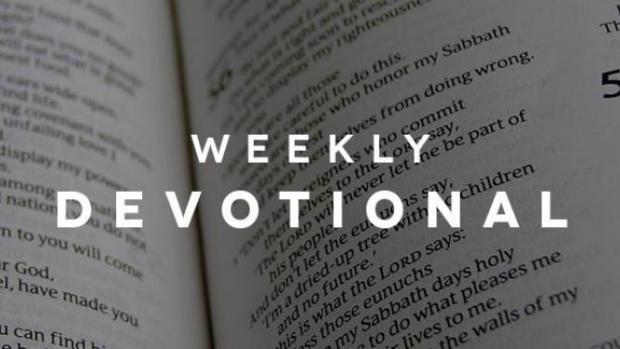 In the many aspects of our lives- with our chapters, at a summer internship, or on a family vacation- we desire to live out our faith. But in the summer, it can feel like we have no direction with no idea of what God wants. When we make time to talk to God about this, it can feel like we are praying to an empty room. Maybe we hear crickets or the sound of our neighbors partying but we can’t hear God.

If we’re honest, maybe we don’t even know what it means to “hear God”.  I think about my own life and how in my prayers I’m pleading with God. It sounds something like this: “God, what is your will for my life? Just tell me what you want me to do and I will do it!” And then I seemingly hear nothing in response. But the truth is, maybe God is speaking and I’m just not listening. When I’m honest with myself, I realize that I talk and talk but rarely leave room to just listen to God.

What I’ve come to learn is that when we slow down & listen, God actually does speak. But slowing down and making space for God is a discipline. I want to challenge you to create that space this summer.

Wonder what I mean by this? Let’s briefly look at Samuel, a guy in the bible who learned how to hear God’s voice. Samuel grew up under the care of a priest named Eli who taught him about God and a life of faith. We enter this passage as Samuel is learning how to hear from God.

The boy Samuel ministered before the Lord under Eli. In those days the word of the Lord was rare; there were not many visions. 2 One night Eli, whose eyes were becoming so weak that he could barely see, was lying down in his usual place. 3 The lamp of God had not yet gone out, and Samuel was lying down in the house of the Lord, where the ark of God was. 4 Then the Lord called Samuel.

But Eli said, “I did not call; go back and lie down.” So he went and lay down.

6 Again the Lord called, “Samuel!” And Samuel got up and went to Eli and said, “Here I am; you called me.”

7 Now Samuel did not yet know the Lord: The word of the Lord had not yet been revealed to him.

8 A third time the Lord called, “Samuel!” And Samuel got up and went to Eli and said, “Here I am; you called me.”

Then Eli realized that the Lord was calling the boy. 9 So Eli told Samuel, “Go and lie down, and if he calls you, say, ‘Speak, Lord, for your servant is listening.’” So Samuel went and lay down in his place.

10 The Lord came and stood there, calling as at the other times, “Samuel! Samuel!”

Then Samuel said, “Speak, for your servant is listening.”

11 And the Lord said to Samuel: “See, I am about to do something in Israel that will make the ears of everyone who hears about it tingle.”

1. How many times does God call Samuel before Samuel hears him? Why does it take him so many times?

2. Who does Samuel go to when he’s initially called by God? Why do you think he does this?

3. Are you making space to hear from God in your life? What things may be standing in the way of you being able to find some silence & solitude this summer?

4. What are other voices in your life that may sound familiar that are taking the place of God? This may be your parents, your own wishes/desires, etc. Spend some time asking God to reveal these familiar voices.

Reading this passage, the first thing I notice is how God calls Samuel three times before he recognizes his voice! Samuel first turns to something familiar, his teacher Eli, before even considering that it could be God. My second observation is about Samuel’s posture. Although he may not recognize God’s voice at first, he’s still open and ready to hear. When Samuel finally realizes that God is speaking, he humbles himself in order to listen.

When I came to college, I was dead set on being a biology major and going to medical school. However, halfway through school I realized that not only did I hate science but I was also terrible at it! When I look back, it is so clear that God was trying to reveal to me that being a doctor wasn’t my calling. But at the time I was so consumed by my idea of the future that I couldn’t hear God at all.

The summer before my Junior year, I intentionally spent time reflecting and considering new majors.  I remember being at the beach and just sitting in silence. I asked God, “Do you really not want me to be a doctor?” In the silence, a sense of unexplainable peace washed over me. I may not have heard an audible “voice,” but I knew in that moment that God was freeing me from my original pursuits. I came back to school and changed my major and career path with complete confidence knowing that I was trusting God.

Hearing from God isn’t always that clear and it takes time and patience to learn how to listen. Shoot, it took me two years to see what God wanted in that situation! But, if we are willing to take a risk, God is faithful to respond. Will you give it a shot? Like Samuel, will you readily approach God with openness, no matter how quickly or slowly he responds?

Find 10-15 minutes in the next couple of days to ask God if there is anything he wants to say to you. You can simply say to the Lord as Samuel said, “Speak, for your servant is listening.” Wait & see if God brings a scripture to mind, a friend to talk to, or an action he may want you to take. Then, praise him for whatever he says! And if you don’t hear anything, remember that it takes time, just as it did for Samuel.

To learn more about Listening Prayer, check out these two articles:

Listening to God: An Exercise in Listening Prayer