Should I Run for Leadership or Not? 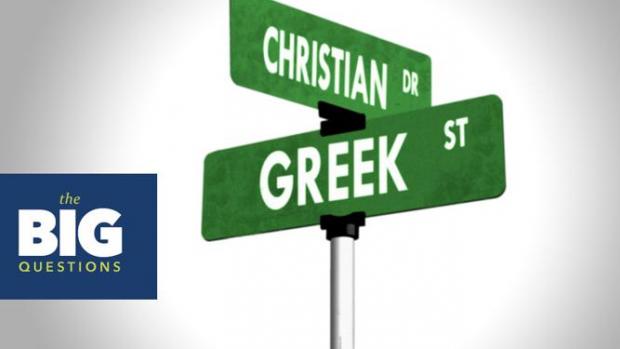 Most Greeks have a desire to progress in their chapters and increase their involvement and leadership experience by running for chair positions or Executive Boards. Whether you are considering running for a leadership role in your chapter, or for NPHC/Panhel/IFC/MGC it is a significant commitment.

As a junior, I ran for InterFraternity Council President. I had ambition. I had desire. I had ideas. And I had the resume. I was sure that I would be elected. My Greek InterVarsity staff worker asked if I had been praying about my decision to run, as it would significantly increase my commitments if I were elected. I assured her that I had. I explained that it would be great to be on IFC as I would make connections with other fraternity men. The result would, hopefully, be more Chapter Ministries in fraternities.

The concept and plan seemed flawless; definitely a good and honorable thing for me to do.

A Change of Plans

Elections came and, unexpectedly, I did not get the presidency. So I did the next best thing and ran immediately for Vice President of Recruitment for IFC. I would still have influence on the community and build relationships with the other fraternities. It wasn’t exactly what I wanted, but I would take it.

This time around I got elected. But about four months into the position I realized something was wrong. I was slacking on my other commitments, my chapter ministry had declined and I didn’t have any deeper relationships with the guys on IFC.

I realized that when I initially prayed, I never really asked God if He wanted me to be on the IFC Executive Board. I merely asked Him to give me the position, so that I could do what I wanted to do.

After this realization, I considered stepping down from my position in order to be obedient to other things God had told me I needed to do, such as reach my brothers in SAE. Yet, I feared what people would think. I didn’t want to be perceived as a quitter, so I pushed through another miserable semester and came out even more frustrated, tired, and burned out.

Is Jesus Your Leader?

If Jesus is really your leader, then your decisions need to reflect that- before you take on positions in your chapter and other commitments. Maybe God wants you to be president of your chapter or maybe he doesn’t. If he does want you to run and get that position, let him reveal that through your spiritual rhythms.

As I have sought to follow Jesus during my life, this verse has been pivotal:

“Many are the plans of a man’s heart, but it’s the Lord who orders his steps” Proverbs 19:21

As Greeks, we are often driven toward success and achievement. It is so easy to trick ourselves into thinking we know what God wants for us. More often than not, we are selfishly bent on advancing our own agenda rather than God’s. We spend our time doing "good things" rather than "God's thing" for our lives.

We spend our time doing “good things” rather than “God’s thing” for our lives.

Will you be obedient to whatever He wants you to do? Or, will you pursue your own ambitions, pride, and glory?

If you are considering running for a position in your chapter or in the Greek community, do not take it lightly. Here are a couple steps to help you discern if God is inviting you to run: