Why the NY Times Warns Against Shacking 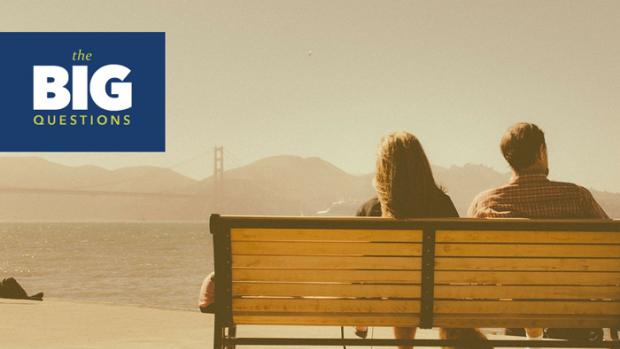 That’s right. Arguably the most “progressive” national news organization has its own qualms with the trend of uncommitted romantic slumber parties, otherwise known as "shacking."

Let me set the tone from the start. There is no condemnation here. My girlfriend, now wife, and I had our fair share of dilemmas with the "to-shack or not-to-shack" question in college.

Romance from the Times

In a romantic relationship, it's typical that intimate physical and relational experiences increase. If they aren’t, I think you should reconsider dating each other. God made romance. It's meant to be passionate, exciting, heart-thumping, mesmerizing, quietly comforting, and very life-giving. That said, I find it very interesting that the NY Times has recognized the potential peril people put themselves in when they take a step forward in relational or physical intimacy, without a united decision from the two individuals. The Times calls this “sliding not deciding”.

Shacking is often a result of poor communication. It’s late, you’re tired, and you’ve watched two movies on Netflix and been snuggling on the couch with your grandma’s blanket. Might as well fall asleep, right? You wake up in the arms of your significant other at 4 AM, and think “WOW it is TOO late to go home now might as well get some sleep." At no point was there communication about the decision to sleep over. Sliding not deciding.

You may think the first instance is innocent, and it could be, but habits are formed very easily in relationships. A one-time thing becomes an every Thursday thing, because it’s movie night. Every Thursday becomes every weekend and so on and so forth.

The author of the NY Times Article, a clinical psychologist from the University of Virginia, says, “I am for young adults knowing that, far from safeguarding against divorce and unhappiness, moving in with someone can increase your chances of making a mistake, or of spending too much time on a mistake”. She is speaking specifically about co-habitation, but we can borrow the concept here.

How do couples evaluate behavior that increases the risk of a ruined relationship or soured friendship? Many people who want to shack argue that they are doing it to increase the health of their relationship. But according to the NY Times, the opposite effect is happening! You aren’t safeguarding the future of your relationship by shacking, instead you’re increasing the chance of it ending ugly.

Now that’s one perspective from the NY Times, but what does God have to say about this?

We both realized how even though we genuinely loved each other, our relationship still needed boundaries.

In Song of Solomon, one of the most scandalous books of the Bible, there is an often quoted verse on the subject: “Don’t excite love, don’t stir it up, until the time is ripe and you are ready”. These sage words carry three layers of meaning for our lives today.

1) Is what we’re doing stimulating deeper intimacy or love?

2) Is this the right time to deepen our relationship?

3) Am I ready for the increased vulnerability that comes with a deeper relationship?

It would be foolish to simply give yes or no answers to these three questions. The real power lies in discussing them, and I wish my wife and I had talked about them while we were in college.

Our sophomore year we had just begun dating, but had been friends for a long time. It was a wonderful time. Lots of lovey-dovey, honey-bear, cupcake PDA. One night we were hanging at her sorority house and her roommate was out of town. Go ahead and re-read the top portion of this article for the identical process by which I spent the night.

The next day as she tried to sneak me out, her house mom caught us in the hall, and we’ll both forever remember that interaction. Her house mom spoke correctly when she said, “I thought better of you than this”. In that moment we both realized how even though we genuinely loved each other, our relationship still needed boundaries. If it was going to last we had to protect it, and that meant safeguarding ourselves from swimming in relational waters we weren’t ready for.

The next two years of college was a mixture of success and failure, as any relationship will be. Eventually we learned that our communication was the big failure, on top of believing our future marriage worked somewhat retro-actively. So we shaped up, talked candidly about sex (yes all the kinds they tell you about in 8th grade health class), and discussed what activities and situations increased our chances of failure.

All of this communication was rooted in a desire for our future relationship to have one center; not our happiness, not our comfort, not our status or appearance. This would be a Jesus-redeemed calling. Two lives devoted, connected, and listening to God.

This is not the easy road. It’s way easier to slide and not decide. Wherever you find yourself in this issue, my advice start talking and listen for God to speak.

“Though one may be overpowered, two can defend themselves. A cord of three strands is not quickly broken.” Ecclesiastes 4:12