What's wrong with the party theme? 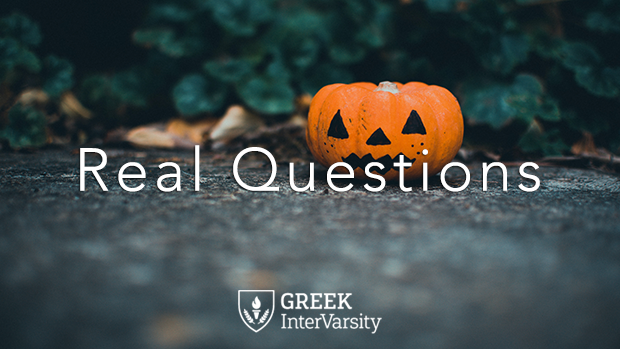 This blog was originally published in September 2014. While the references are now a bit dated (and maybe we aren't seeing new stories like this every few weeks), we think the content and advice are still helpful for Greek parties today.

Every few weeks it seems there's a new collection of photos from a fraternity or sorority party that makes its way around the web. Universities and/or National Headquarters get involved and punish the chapters and students involved. And then the problem is solved. Until it happens again... and again. And while social chairs probably never thought, “Hey! Let’s choose a party theme that demeans another culture!”, regardless of the intent, the result is hurt and confusion and a greater divide between people both inside and outside of the Greek system.

At Greek InterVarsity, we’ve realized in talking with Greeks from across the country that many of us are too embarrassed to ask one basic question—why are these themes hurtful? I'd like to share three reasons why these parties are hurtful, in order to help us better understand and engage in racial reconciliation.

1. They destroy - rather than build - trust and relationship

Have you ever noticed that a close friend can tease you about something and you laugh, but if a stranger said the exact same thing you'd have a very different reaction? Someone I love can tell me I'm a ditzy sorority girl, and I laugh. I know they know that I am so much more than a ditzy sorority girl. But if a stranger or an acquaintance teases me with the exact same words, for all I know, that is all they see in me. The ability to tease and make fun of others without hurting them comes with relationship and trust.

This individual-level example provides some insight into how these party themes could be hurtful. But when the theme is about an entire group and not just an individual, the level of nuance and relationship that are necessary for proper understanding is almost impossible to achieve. To address it with a throwaway party theme only leads to pain, hurt and more distrust.

2. The costumes caricature ethnicities and cultures

A party theme based on race, ethnicity, or culture essentially boils down an entire people group into one image. While I studied abroad in France, I was rather offended when some of my French friends referred to all American food as McDonald's. Sure, McDonald's is American, and I guiltily enjoy a good McDouble and fries as much as anyone, but there is so much more to American food than a measly fast food burger! I wanted my French friends to know about pancakes, bacon, pumpkin pie, steak, chocolate chip cookies, barbeque, Thanksgiving dinners, deviled eggs, and really good, juicy cheeseburgers cooked on the grill and served with an ear of corn slathered in butter. McDonald's had, unfortunately, damaged my friends' views of a good cheeseburger and of all of American food.

A costume or party theme based on another culture does a similar thing - it puts an entire culture into one cheap imitation without acknowledging its beauty, richness, depth, or variety. Specifically, costumes and facepaint have long been used to mock, belittle, and attack different racial groups. Though racial costumes didn't start a few years ago in the Greek system, there is an opportunity now to put an end to this legacy when it comes to our chapters.

3. These parties disrespect what other people value

Hugely important holidays and events became nothing more than an excuse to wear crazy costumes and drink. What would your mom say if you borrowed her clothes for a laugh at a Mother’s Day party? She would be hurt. Think of what kind of backlash there would be if an atheist group had an Easter-themed party at which people dressed as a beat-up Jesus wearing a crown of thorns carrying a cross and then laughed about it and drank. That would be very hurtful to many who believe Easter is a significant holiday. Making light of what others value deeply disrespects them, what they value, and who they are.

We need to learn

In case you have not figured this out yet, understanding our place in a very diverse and multi-ethnic world, nation, and university system is a messy and difficult issue. We here at Greek InterVarsity have been having conversations about racial and ethnic issues in the Greek system for several years now, and the more we talk, the more we realize that we need to learn. One thing we know, however, is that Jesus wants to bring reconciliation and healing to all areas of brokenness and hurt on the campus—and that includes the Greek system that we all love so much.

Chances are good that if you're in a Greek chapter and you're reading this, there will be a party theme presented at some point this year with a theme that presents an opportunity to disrespect a race, ethnicity, or a people group. You may be the only one in your chapter willing to raise a red flag and speak up. Members might reply, "It's not that big of a deal" or downplay your objections. Based on the three reasons outlined above, it's not hard to demonstrate why themes like this are a bad idea, and even apart from anything in this article, very practically speaking these themes never end well for the chapters that participate and promote them.

To help make things even easier for you, we put together this infographic to help you decide whether the theme you're talking about is a 10 or a red flag. Happy party planning!