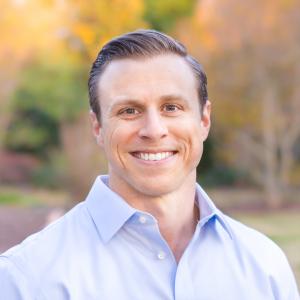 For nearly a decade now, Brian has led Greek InterVarsity as the National Director. Brian first joined the staff team with the University of Illinois chapter in which he had been a student leader. His wife, Lauren joined that team a year later, and they worked in close partnership. After a couple years God called them to co-lead the chapter and eventually Brian became a Team Leader at the University of Illinois. Feeling led to meet broader leadership needs in Greek InterVarsity, they relocated to North Carolina to serve as Co-Regional Coordinators before Brian moved into his current role leading Greek IV across the country. He’s especially proud of overseeing his team’s creation of Chapter Ministry Bible study training and resources that are now used by hundreds of student leaders across the country. Brian and Lauren live in their adopted hometown of Raleigh, NC with their three kids.