From Animal House to the White House 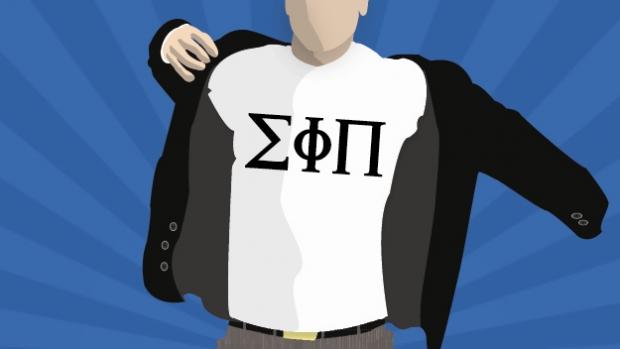 Though President Obama and Governor Romney will be spending the next few weeks outlining their vast differences, both of them share something in common that makes them unlike nearly 70% of presidents since 1877. It’s not their fiscal, foreign, or family policies. And no, it’s not even their faith. Unlike Garfield, the Roosevelts (Teddy and Franklin Delano), Taft, Wilson, Kennedy, Reagan, Bush (I and II) and many more—neither Obama or Romney were members of a fraternity.

Starting with legendary party animal Rutherford B. Hayes (a member of Delta Kappa Epsilon at Kenyon College), 17 total presidents have gone “Greek.” While these are interesting facts, InterVarsity is not primarily invested in reaching fraternity and sorority students, because it's important to "get" the next president, CEO, athlete, or celebrity so that Christians might wield more influence or power. Greek InterVarsity exists today because Don Fields, an InterVarsity staff in Indiana, noticed that fraternity and sorority members were often overlooked by Christian ministries. (In 1991, Don successfully recruited InterVarsity’s first Greek InterVarsity staff workers.) Today, InterVarsity Greek staff workers are passionate about sharing the gospel with Greek students—students, who are often seen only in the light of the prevailing stereotypes.

Greeks are Leaders, not Stereotypes

Movies like National Lampoon’s Animal House (1978) tend to highlight the wild side of Greek life—toga parties, fraternity pranks, rampant sex, and binge drinking. This movie also makes light of the lopsided political involvement of Greeks, the closing credits reveal that Bluto (the drunk with a 0.0 GPA) went on to become a U.S. Senator. While this is funny, the fact is that 42% of U.S. Senators are Greek. They’re not just politicians either. A disproportionate number of Fortune 500 CEOs, Supreme Court members, Cabinet members, actors, and athletes have come from the ranks of fraternities and sororities across the country: from Jimmy Buffett to Martin Luther King Jr., Sheryl Crow to Sandra Day O’Connor.

Members of Greek organizations have significantly influenced our society. This significant influence is found on campus as well. At the University of Minnesota for instance, though Greeks make up only 6% of the student body, all of the candidates running for the student presidential race are Greek. “They are overrepresented in a positive way,” said Jerry Rinehart, vice provost for student affairs. The University of Wisconsin’s Greek life website states that over 80% of campus leadership positions were held by members of Greek organizations. It would be a shame to ignore the Greek population on campus.

Greeks Respond to the Gospel

Greek InterVarsity staff worker Nick Kwok shares the story of the first Greek student to accept Christ at UCLA, during the first week of classes:

“We talked about how the mark of Christians was the way that they love one another as themselves, how they make disciples, share about this amazing Jesus, and do mission to serve and heal the world. Ryan said that he wanted this, and I asked him if he wanted to start a relationship with Jesus right then and there. He said yes! I asked him if he would be willing to open up space in his house to hold a Bible study in the next week and to come out and Proxe with us, and he said yes to that as well. Praise the Lord! Will you pray for Ryan as he starts his spiritual journey and understanding who Jesus is?”

Today, Greek InterVarsity is reaching out to fraternity and sorority members on campuses big and small across the country. Staff and students are taking steps of faith and inviting all Greeks – even the ones that resemble the worst of the stereotypes – into a relationship with Christ and a community seeking to follow him. Pray for InterVarsity students and staff as they continue to invite Greek students to follow Jesus, and for students to respond ‘yes’ to the invitation!