A Letter to Fraternity Men

Leaning in to the Conversation on Sexual Assault 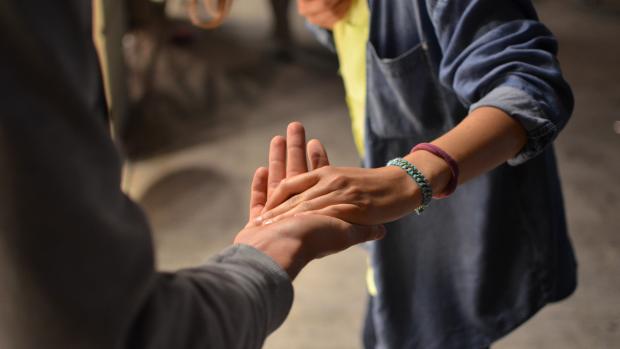 “I bet every guy views women in this way.”

“Is this really how men are taught to view women? He doesn’t even seem apologetic about the whole thing.”

So often, these are the narratives that we hear about sexual assault and men, especially fraternity men. I’m not saying that there isn’t some truth to these statements, but I’d like to offer a different perspective. What would it look like if men were part of the conversation? What if the men in our lives and on our college campuses started to talk? I can say from experience, as a survivor of sexual assault, that some of the most healing parts of my journey were when men spoke truth into my life and advocated for me about this topic.

Sexual Assault is a men’s issue, not just a women’s issue.

So this is for you, men, specifically college fraternity men. But no matter what type of man you are, I encourage you to listen.

A (Not So) Typical Football Game

It was a beautiful fall morning at the University of Virginia. Walking by families and students tailgating for the Saturday football game, I couldn’t help but enjoy the moment. It was your typical college football weekend. Except for one thing. As I walked closer to the stadium, I noticed something peculiar. There were protesters standing outside.

Chanting loudly with signs, the protesters were raising awareness about sexual assault- an issue that plagues every college campus. This came in the wake of a high-profile magazine article that reported on sexual assault at UVA. There was one sign, however, that stood out to me. It read:

“All Fraternity Men are Rapists.”

I was taken aback when I read the sign. I thought to myself, “I wonder how many fraternity men will walk past this sign and choose to shut down and not engage in this crucial issue? How many fraternity men, who have taken care of and advocated for their female friends, will be clumped in with a statistic that isn’t true about them?”

Instead of just walking by & feeling frustrated, I said something.

“Ma’am, I understand that your intentions are to raise awareness about this issue, but I wonder if this isn’t the most helpful way to do it.”

I explained to her that I worked with fraternity men and expressed that many of them are committed respecting women and advocating for them. I told her of men who were engaged in these conversations, seeking to do all that they could to change the narrative. I listened empathetically as she shared her story with me. And I shared my story of being a survivor of sexual assault with her, too. I explained that if we treat every man like they are only capable of assault, how can we expect them to healthily engage in the dialogue?

That night, I began to pray and consider what it would look like for men to be a part of the conversation. After wrestling through my own journey with sexual assault, one of the most restorative things for me was when a fraternity man apologize on behalf of his “people.” He affirmed that what happened was wrong. He had nothing to do with what happened to me but he spoke truth into my life and identity on behalf of fraternity men. That mattered.

Every human being is made in the image of God, but it takes work to see that reality lived out. Despite how other people may look at us, make us feel, or treat us, we were each made to embody and reflect the image of God.

Men, what would it look like to affirm, love, protect and advocate for your sisters in Christ?

Four Ways for Men to Engage with Sexual Assault

In the conversation about sexual assault, there is a great opportunity & need for men to lean in. What do I mean when I say this? Here are four practical ways that you can engage in this conversation:

Hear out your female friends. It’s likely that several of them whether they would classify it as assault or not, have been in a sexual situation where they were not comfortable. Listen to their stories & believe them.

I know this sounds odd. However, it can lead to great restoration and healing. If you are able to say to a friend, “I’m sorry that this happened to you. It shouldn’t have,” shows that you are recognizing the brokenness that exists in our relationships.

4. Know what you believe

Do you think sexual assault “really isn’t that bad?” or do you view it the way God views it? That he mourns every time one of his children, male or female, is abused and treated this way?

Be willing to stand up for what you believe, even if that means having some hard conversations with your friends.

Finally, I’d like to thank the men who have done their best to advocate for their friends and engage in this conversation. Thank you for loving women with the love of Christ & for viewing them in God’s image.

I’d also like to offer a challenge: Sexual Assault is a men’s issue, not just a women’s issue. You have influence and power that, if stewarded well, can be used to prevent sexual assault on your campus.

I pray that no matter who you are, you respond to God’s call to engage in the conversation about sexual assault today.

This is part 3 in a series on Sexual Assault.

Click, "Someone I Care About Was Assaulted, How Do I Handle This?" for part 1.