Reflection on a Life Transformed 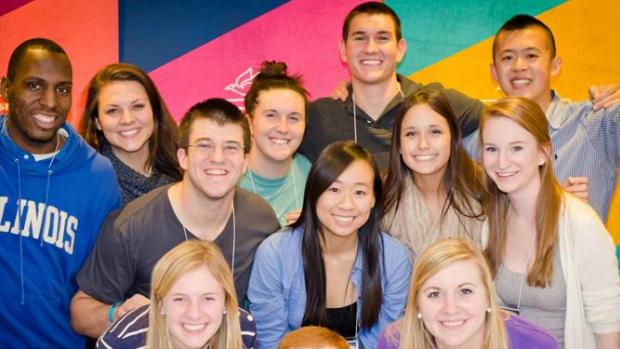 One month after I became a Greek InterVarsity alumni, I was able to reflect and see what Greek IV has done to me.

I did not expect myself to be challenged in my faith and be tested as a person as I got myself deeper into this community. The more I found myself involved, the more actually (dare I say) wanting to quit half the time. I remember trying to find excuses to not engage my sisters in spiritual conversations because it was intimidating. I remember the lonely times I felt being the only Asian American (aka a minority) in my Greek IV chapter thinking nobody else understands why it is so difficult to be myself sometimes. I remember the times I was angry at the fact that things seemed to be “falling apart” with my Greek IV chapter as the attendance slowly dwindled. I remember the frustrating moments I had from not seeing fruit in the people and “things” I spent so much time investing in.

Every single semester, I seemed to have a conversation with my staff that consisted of coffee and my discouraged excuses for why I cannot commit as much as I had done before. Strangely, I happened to give more as each semester went on. I kept asking myself WHY DO I KEEP DOING THIS?

I met God in some of the most unusual ways during my 3.5 years with Greek Intervarsity. Strangely enough, it was through the pain, trials, testing, and choosing to serve faithfully in Greek IV that has made me into the person I am today.

As a fresh Greek IV alum, I want to speak through some of the profound experiences I found myself overwhelmingly thankful for. There were many, many lessons I learned as I chose to serve semester after semester as a Chapter Ministry Leader and a Student leader. Here are just a few.

LEARNING TO BE FAITHFUL & OBEDIENT

The more I served, the more I realized how difficult the expectations were on me. I remember countless frustrated moments when I didn’t see immediate results in the people that I spent time sharing with them about who Jesus is and what God can do. I had to learn not to let my discouragements get the best of me. At the end of the road, I realized that I can’t serve others just to see good fruit because then I would be disappointed. It is only genuine faithfulness and obedience that God asked of me. He wants us to choose faithfulness and obedience, not results.

When we began to see people become “less interested” in Greek IV events, we had no idea why. We were doing almost everything our staff was telling us to do and then we began to plan even bigger events. The bigger and prettier, so people will want to come! The more we did, the more discouraged we became and the more apt we (at least I did) wanted to quit.

God didn't hold back either.

Then Urbana 12 happened and as a group of small Greek IVers, we realized that we just needed to pray. So we did just that as if nothing was holding us back because we just wanted to see God answer our prayers. And the cool thing about this, is that the more we didn’t hold back, the more God didn’t hold back either. When we wanted the rain to hold off for two hours just so people won’t have an excuse to attend large group, God strangely answered. When we felt like we needed more dudes in our chapter, we prayed and God said, “Let there be dudes!” We began to realize that we couldn’t depend on our own strengths and plans. We needed God to show up. So we prayed.

LEARNING TO BE REAL AND VULNERABLE

It wasn’t easy for me to share my weaknesses and I’m pretty sure it wasn’t easy for those in my chapter either. As a matter of fact, in a Greek community, I felt like I was expected to be perfect in every way – even spiritually. Developing a real community only started when we got real with each other, sharing our real struggles and learning to admit that we can’t live life alone. As we opened up, we learned that we weren’t alone and that just felt a million times better.

Now that a month has passed since I graduated, I am overwhelmingly thankful for a strange strength that I had to keep serving when I wanted to quit a thousand times. Choosing to serve in Greek IV as a chapter ministry leader and a student leader was probably the greatest decision I made. Choosing to go Greek and getting out of my comfort zone time after time definitely was not a waste. Thank you Greek IV for transforming a life.