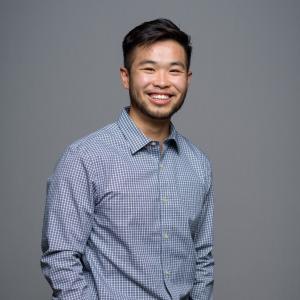 Gabriel is a Burmese Chinese, Pastor's kid who grew up in Arcadia, CA where his love for food and culture were born. Before attending San Diego State, he decided that he would not spend his four years of college partying like he did in high school with the purpose of reconnecting with his childhood faith, so he swore off Greek life. After getting involved with the InterVarsity chapter at San Diego State he began wondering who loved on Greek students at such a huge party school. That question led to a calling and soon after he joined a fraternity and started a bible study in it. Throughout his four years as a student, he was able to see 25 of his brothers come to faith and over 65 attend a bible study. Upon graduating, he followed God's calling to continue ministering to Greeks at San Diego State where he is currently on staff.