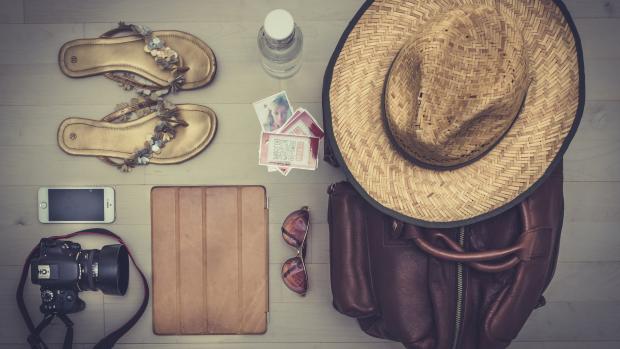 Confession time: I’m not a planner.

Example: I was the kid who knew the Science Fair was coming for three months, and then the night before the project was due, I’m drinking 8 cups of coffee at 11pm and pulling an all-nighter, jabbing electrodes into potatoes and lemons and such. B-minus? Nailed it. Good times for 5th grade Mark.

Now I’ve matured into the guy who will forget to pack underwear unless explicitly asked about it. But I’ve discovered over the years that I’m greatly helped by lists… when I actually remember to make them.

So to all the planners out there who are helped by knowing what’s coming your way, and to the more ‘spontaneous’ Greeks out there who will be helped to be reminded to pack a toothbrush: this one’s for you.

TO BRING: Undergarments and a Toothbrush.

NOT TO BRING: Your copy of Journey’s Greatest Hits.

And yes, they did record other songs besides “Don’t Stop Believin’”… the word ‘hits’ might be a bit generous though… At any rate, our DJ that will have you covered for Saturday night’s annual dance party.

TO BRING: Your best dance moves.

All of them. You’ll need them to keep up with the hundreds of other Greeks busting a move. So whether you whip, nae nae, dab, wobble or Bernie your way into the hearts, minds and videos of your peers – you’ll want to bring your A-game. (Note: Other ‘Do Not Bring’ items include the Chicken Dance, most versions of Twerking, and whatever this guy is doing – all for self-explanatory reasons.)

NOT TO BRING: Pledges and/or the new line, against their will.

Still hazing, even if it’s a conference about Jesus. But hey! Pledges are young and easily influenced and will probably go with you if you invite them. Pledges: Don’t act like that’s not true. And put down the cleaning supplies.

TO BRING: Anything with your letters on it.

(Unless that thing is a flask, a knife, or a VHS copy of any Land Before Time movie, after the first one of course.) What better way to make new friends than to easily and visibly advertise that you’re already more than friends; you’re sisters. Or brothers, as the case may be.

NOT TO BRING: The ‘discerning’ and ‘selective’ attitude often used during recruitment.

Still wearing cargo shorts? We’ll still let you in. Huge fan of the movie Batman V Superman? Won’t turn you away. Not a Christian? Come on in.

TO BRING: A willingness to try something new.

From the new friends you’ll make from all over the place to new things that God might be wanting you to experience or learn about Him – going in with the expectation that some of this is going to be new is probably a good thing.

NOT TO BRING: A sleeping bag.

You’re thinking of camping. We thought ahead and saved you a bed.

As in pajamas. I said it.

NOT TO BRING: Live animals.

Unless it’s a service animal. I know your bid night was fun. Mine too. But no live animals in the hotel. Thank you.

TO BRING: Your sobriety.

That’s right – we think this conference is so good that you won’t want to miss a thing. Which means that a lengthy time-consuming trip to the bathroom stall or to the floor of your hotel room will only take away from you having the best possible Greek Conference experience. Not trying to be a buzz-kill; just the opposite!

NOT TO BRING: The certainty that you’re going to meet the guy/girl of your dreams at this conference.

I mean – hey, it could happen. But that’s a pretty tall order and we don’t want you to walk away disappointed. Lot of fish in the sea. True, many of these fish are Greek and Christian, but still.

TO BRING: A journal.

No longer just for people in the 17th century to record malaria deaths and the like. You might be surprised to find that you’ll benefit from writing down some of your thoughts on paper as God is doing something new in your life.

You could write down a quote from the speaker that meant a lot to you. Or a passage of Scripture from your concentration that hit home for you. Or the number of someone in your Table Group. The above still applies though.

NOT TO BRING: Seriously. No live animals.

You’ve been warned. I’m looking at you, Phi Delt.

TO BRING: A few extra bucks.

For things like lunches, the book table, and the offering. You don’t have to bring literal dollars of course. I mean… you can if you want to. Maybe don’t bring too many 1’s. People will start asking questions about what kind of conference you’re going to...

When in doubt, pack things that make sense for a conference in a hotel, and don’t pack anything that you wouldn’t pack in front of your grandmother. That should about do it. Glad you’re coming, and if you need a real packing list, send an email to your mom.